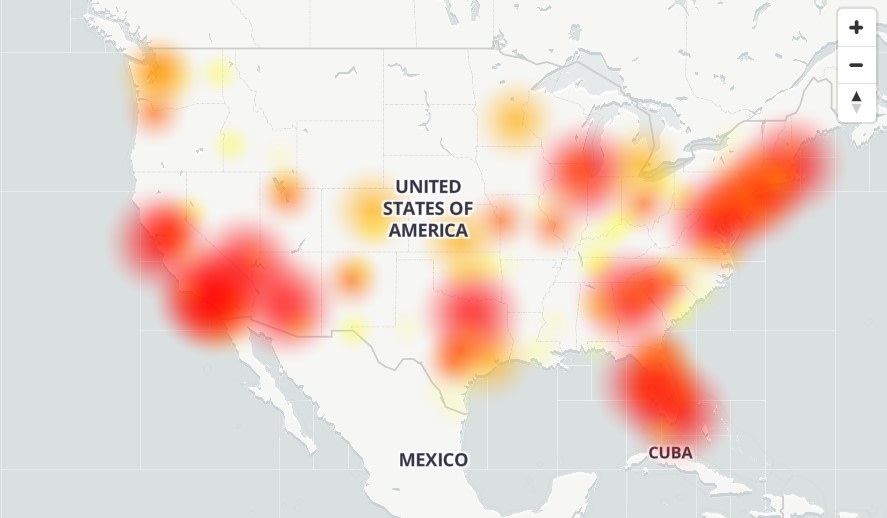 T-Mobile’s network is having an issue with voice and data service. There was a huge spike in outage reports on Down Detector starting at around 1 PM ET today, with many people across the US suggesting on that site and Twitter that they’re having problems. By around 3:30 PM ET, Down Detector had collected more than 82,000 outage reports.

Some people are unable to make or receive calls, but Wi-Fi calling still seems to work (in case you’re wondering why you can still call someone else from a T-Mobile phone right now). There are problems with data service too. T-Mobile’s president of technology Neville Ray confirmed the issue and said the company’s engineers are working to resolve them:

Our engineers are working to resolve a voice and data issue that has been affecting customers around the country. We’re sorry for the inconvenience and hope to have this fixed shortly.

While there were also smaller outage report spikes for Sprint (which has merged with T-Mobile), AT&T, Verizon (Engadget’s parent company) and US Cellular, the issue seems to be only on T-Mobile’s side. Spokespeople for AT&T and Verizon told Engadget their networks are working just fine.

Update (6/16 12:25 AM ET): The outage is still unresolved, however T-Mobile CEO Mike Sievert has issued a statement saying “We are recovering from this now but it may still take several more hours before customer calling and texting is fully recovered...This is an IP traffic related issue that has created significant capacity issues in the network core throughout the day. Data services have been working throughout the day and customers have been using services like FaceTime, iMessage, Google Meet, Google Duo, Zoom, Skype and others to connect.”

The CEO confirmed the issue has been going on since shortly after noon ET, and with a national issue stretching more than twelve hours, it has attracted quite a bit of attention. That includes the eye of FCC chair Ajit Pai, who tweeted “The FCC is launching an investigation. We're demanding answers—and so are American consumers.”

Update (6/16 1:22 AM ET): According to T-Mobile president of technology Neville Ray, “Voice and text services are now restored.” Despite rumors of a “DDoS” targeting various internet companies or cities, a thread by Cloudflare CEO Matthew Prince provides a better look at the “far more boring” reality of what happened, and why companies like his can see that there’s no evidence of an attack bringing down cellular networks.

That caused a lot of T-Mobile users to complain on Twitter and other forums that they weren’t able to reach popular services. Then services like Down Detector scraps Twitter and report those services as being offline. 3/X pic.twitter.com/SdscxRaCcZ

Second, there is no spike in traffic to any of the major Internet Exchanges, which you do see during actual DDoS attacks and definitely would during one allegedly this disruptive. 6/X pic.twitter.com/5zZCRwjsWo

Voice and text services are now restored. Thank you for your patience as we fixed the issues. We sincerely apologize for any and all inconveniences.

The T-Mobile network outage is unacceptable. The @FCC is launching an investigation. We're demanding answers—and so are American consumers.

In this article: us cellular, calling, mobile network, sprint, t-mobile, mobilenetwork, verizon, att, mobile, outage, news, gear
All products recommended by Engadget are selected by our editorial team, independent of our parent company. Some of our stories include affiliate links. If you buy something through one of these links, we may earn an affiliate commission.