TCL only started selling smartphones under its own banner last year, and it made the most of that momentum -- the company released six smartphones in 2020 alone. You can expect a similarly prolific year in 2021, too. TCL confirmed today it will release at least five smartphones in its new TCL 20 series, possibly including a more ambitious model, like a final version of one of its rollable or foldable concepts. For now, though, the company is easing into the year with the TCL 20 5G and the TCL 20 SE.

The TCL 20 5G is the third 5G smartphone in the company's line-up, preceded by last year's TCL 10 5G and the Verizon-exclusive TCL 10 5G UW. It packs a 6.67-inch Full HD+ display with a center-aligned cutout so an 8-megapixel front camera can peer through the panel. (Fun fact: TCL calls this kind of cutout a "Dotch" display, which is maybe the worst screen branding we've ever heard.) As usual, TCL is leaning on its vertical integration and screen expertise to liven up the viewing experience with "NXTVISION" features like HDR10 support, real-time SDR-to-HDR conversion, and calibration for improved color accuracy. 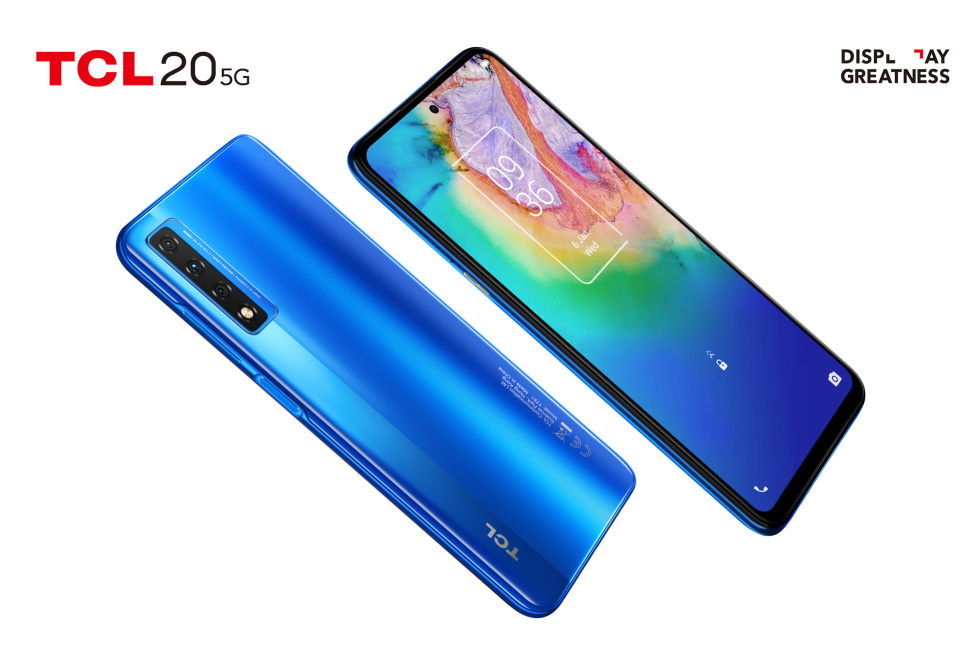 Inside lurks one of Qualcomm's Snapdragon 690 5G chipset plus the requisite radios to play nice with sub-6 5G networks, along with 6GB of RAM, either 128GB or 256GB of storage, and a 4,500mAh battery. Around back, meanwhile, is a slightly configured set of cameras; after realizing many people hold their phones horizontally to take photos, TCL clustered the cameras in a vertical stripe on the left, rather than in a horizontal array that cuts across the phone's back. This time, we're working with a 48-megapixel main camera with an f/1.8 aperture, an 8-megapixel ultra-wide that captures a 118-degree field of view, and a 2-megapixel macro camera.

The Android 10-powered TCL 20 5G will retail for €299 and is slated for an early 2021 launch, though some of you might actually be able to buy one already. Thanks to some lucky timing -- and the willingness of a local partner to fast-track a launch -- the TCL 20 5G is currently on sale in Italy.

Then there's the TCL 20 SE, which pulls double duty: it's a budget device, and a surprisingly media-focused one at that. Up front is an even bigger 6.82-inch, 20.5:9 display running at Full HD+, bolstered by the same NXTVISION features found in the TCL 20 5G. The company also notes that the TCL 20 SE's dual speakers have been arranged in such a way that prevents them from being blocked while the phone is being held, and that the phone sports a Hi-Res audio certification. 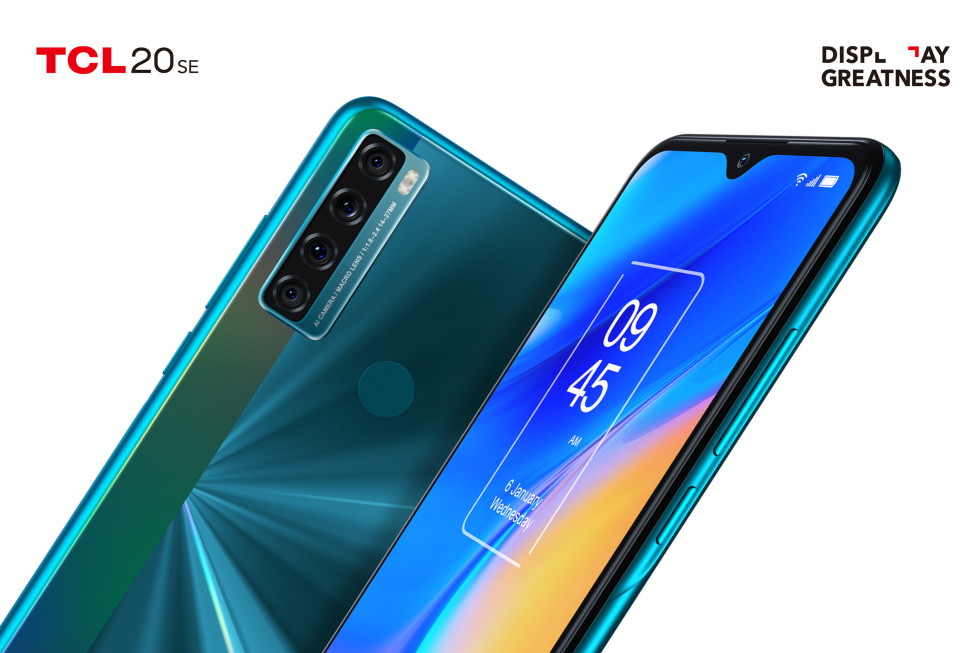 If you needed proof of the TCL 20 SE's budget focus, look no further than its Snapdragon 460 chipset paired with 4GB of RAM and either 64GB or 128GB storage. Apart from that, there are a few things that arguably make the SE a better device. For one, it will ship with Android 11 instead of Android 10, and packs a slightly larger (5,000mAh) battery than the TCL 20 5G. That said, the camera situation is a bit strange: depending on the model you but, you'll get either a 48-megapixel, f/2.0 main camera or a 16-megapixel shooter with larger sensor pixels and an f/1.8 aperture, along with a 5-megapixel wide camera, a 2-megapixel macro, and a 2-megapixel depth sensor. All told, not a bad little bundle for €149.

Beyond this new hardware, TCL is also exploring ways for its smartphones to interact with other devices, both inside and outside its ecosystem. The company also says its developing tools that allows TCL phones to effectively mirror their displays onto tablets and TCL televisions, along with features that lean on Bluetooth, WiFi and NFC to facilitate dead-simply transfers between phones and PCs. (If that sounds a bit like the My Phone functionality built into Windows 10 to you, well, you're on the right track.)

Like the TCL 20 5G, the company is planning to push the SE out the door during the first few months of 2021. While it's very likely TCL's next few smartphones hold to the same wallet-friendly strategy we've seen so far, we're ready to see the company make a real splash -- hopefully that foldable or rollable isn't far behind.

In this article: mobile, ces, ces 2021, ces2021, smartphone, tcl, tcl 20, tcl 20 5g, tcl 20 se, foldables, foldable, rollables, rollable, news, gear
All products recommended by Engadget are selected by our editorial team, independent of our parent company. Some of our stories include affiliate links. If you buy something through one of these links, we may earn an affiliate commission.