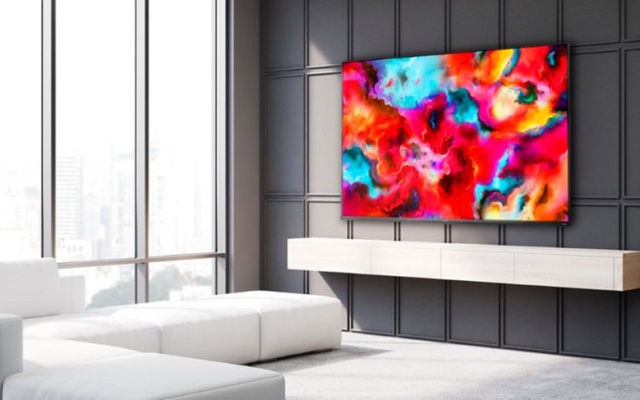 A couple of the newest TCL Roku TVs are back on sale again at Best Buy. The last time we saw a sale on the 8-series sets was around the July 4th holiday, but you can get an even better deal on one of those TVs now. The 65-inch TCL 8-series Roku TV is $1,000 right now, which is 50 percent off its normal price, but the massive 75-inch TCL 8-series Roku TV dropped to $1,500. That’s 50 percent off and $300 cheaper than it was during the previous sale.

These TCL TVs came out at the end of 2019 and they made a splash for their use of quantum-dot LED and mini LED technology. Quantum-dot LED tech isn’t new, but it provides better color performance than standard tech used in other TVs. Mini LED tech uses 25,000 individual lights to get "highly precise local dimming" and "smooth, uniform and bright illumination." It’s essentially a new backlighting technology and it makes the 8-series stand out from TCL’s 6-series TVs that use standard backlight methods with contrast control zones.

The 8-series has almost everything you’d expect from a premium smart TV including support for HDR10, Dolby Vision, Dolby Atmos and Hybrid Log Gamma (HLG). Both sets also support Auto Game Mode for smooth, low-latency gameplay as well as voice control using Roku’s smart TV interface in addition to virtual assistants including Amazon’s Alexa and the Google Assistant. Another thing that doesn’t get highlighted enough is the fact that both sets have four HDMI ports and one USB port, so you’ll be able to connect multiple devices without hassle.

Yes, $1,000 for a TV is a lot to swallow, but these sales are great ones if you’ve been holding out for a 4K TV that has most of the latest technology included. If you’re on a tighter budget (or simply don’t want to drop that much on a TV), Best Buy has a few other deals on more affordable sets: a couple of Hisense’s H65 sets, one of which we recommended in our back-to-school guide, are also discounted. The 43-inch 4K model remains at $230 (as it has been for a while), but the 55-inch 4K model is now $300, which is $100 off its normal price.