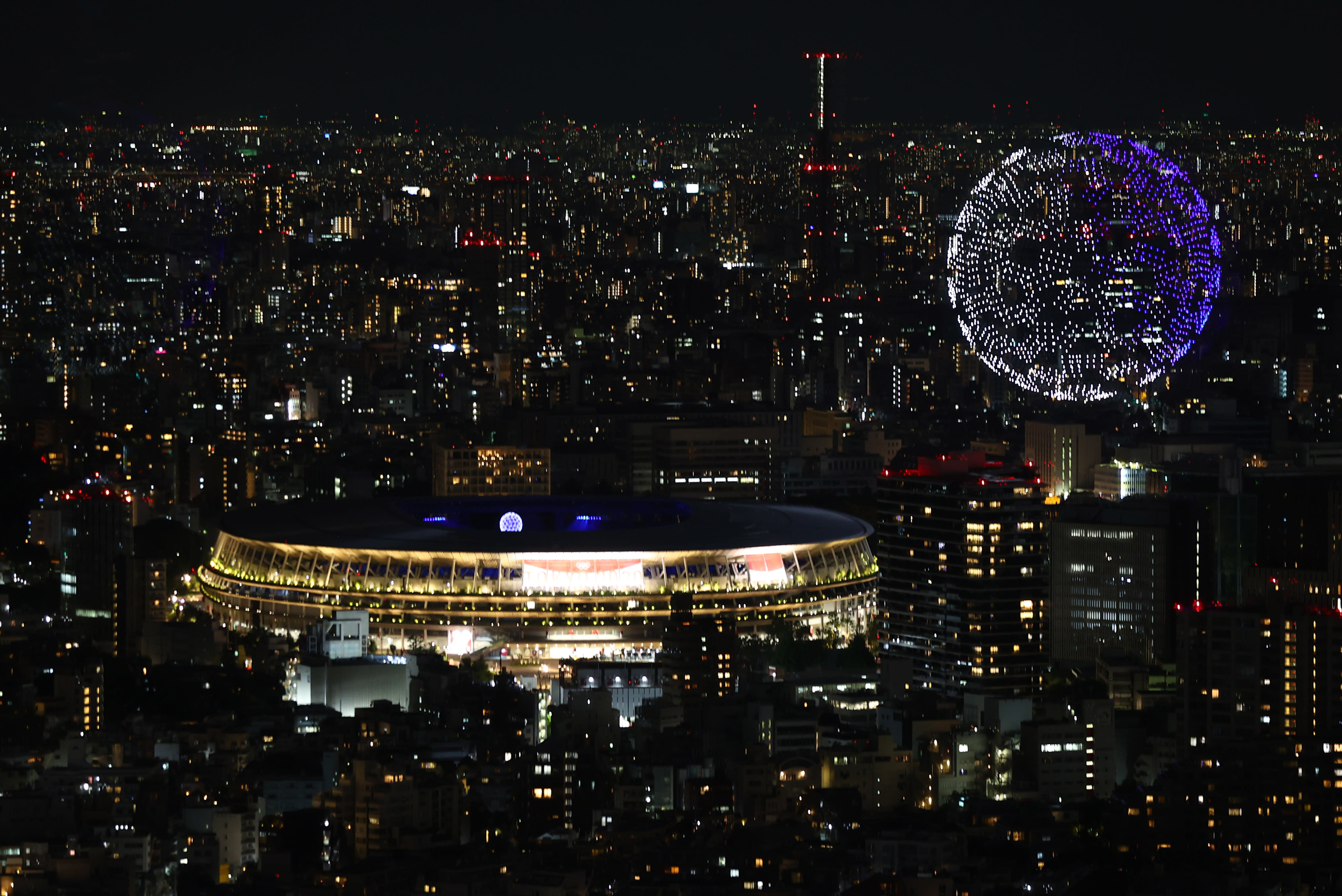 It wasn't the biggest drone show ever, but it was impressive all the same.

There may not have been any fans in the Olympic Stadium, but Japan still found a way to put on a show for the opening of the 2020 Summer Games. The host country charmed early with the parade of nations, which featured an orchestrated video game soundtrack, and then showed off the type of creativity it's known for with a performance involving the Olympic pictograms. But Tokyo saved the biggest spectacle for last.

Toward the end of the ceremony, a fleet of 1,824 drones took to the skies above the Olympic Stadium. Initially arrayed in the symbol of the 2020 Games, they then took on the shape of the Earth before a rendition of John Lennon's "Imagine," which was reworked by Hans Zimmer for the Olympics, played across the stadium.

We've seen displays like this before. At Super Bowl LI in 2017, a pre-taped segment featuring 300 Intel drones forming the US flag punctuated Lady Gaga's halftime performance. Technically, the drone show that occurred above Tokyo isn't the biggest ever. As of earlier this year, that distinction belongs to a 3,281-display Hyundai-owned car brand Genesis put on in Shanghai, China. But even with fewer drones involved, the Tokyo drone show was still impressive.

If you missed the opening ceremony, you can watch it again at 7:30PM ET on NBC.

All products recommended by Engadget are selected by our editorial team, independent of our parent company. Some of our stories include affiliate links. If you buy something through one of these links, we may earn an affiliate commission. All prices are correct at the time of publishing.
View All Comments
Tokyo Olympics opening ceremony included a light display with 1,800 drones