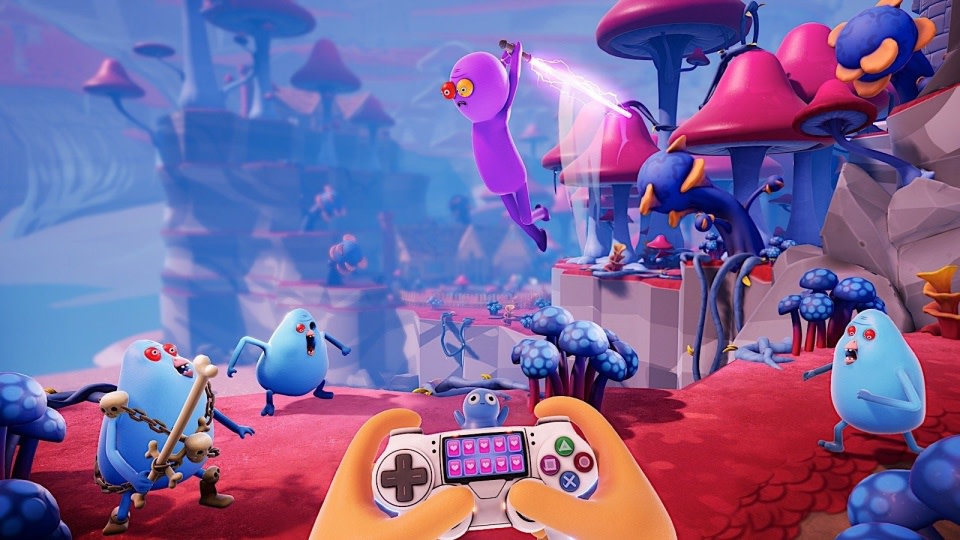 Trover Saves the Universe — the bonkers adventure game from the bafflingly creative mind of Rick and Morty’s Justin Roiland — has finally arrived on Oculus Quest. Already available on pretty much every other platform, the sweary psychedelic adventure from Roiland’s fledging studio Squanch Games has been a massive hit with players since its launch last year.

The premise is predictably Roiland-eqsue: defeat the evil Glorkon who has stolen your dogs, shoved them into his eye holes and is draining their life force in a bid to destroy the universe. You’re accompanied by faithful familiar Trover, who’s the fella doing most of the heavy lifting during your quest – you’re tasked with controlling his actions remotely. It’s like playing a game inside a game, which is particularly well-suited to VR. Unlike other titles that involve running around jabbing at things, the game’s mechanics separate you from the immediate action just enough to avoid the stomach-churning motion sickness that often accompanies VR gaming.

It’s not an epically long game – you’ll complete it in a leisurely 12 hours – but there are multiple outcomes and scenarios, and Roiland’s brilliant foul-mouthed narrative means you’ll want to try out all encounters, so you’ll almost certainly play through more than once. As Roiland himself says, “Buy Trover Saves the Universe on Quest if you like maintaining some semblance of joy in your life.” It’s available now from the Oculus Store for $30/£23.

In this article: Squanch, Trover Saves the Universe, Justin Roiland, Oculus, Quest, Rick and morty, VR, news, gaming
All products recommended by Engadget are selected by our editorial team, independent of our parent company. Some of our stories include affiliate links. If you buy something through one of these links, we may earn an affiliate commission.