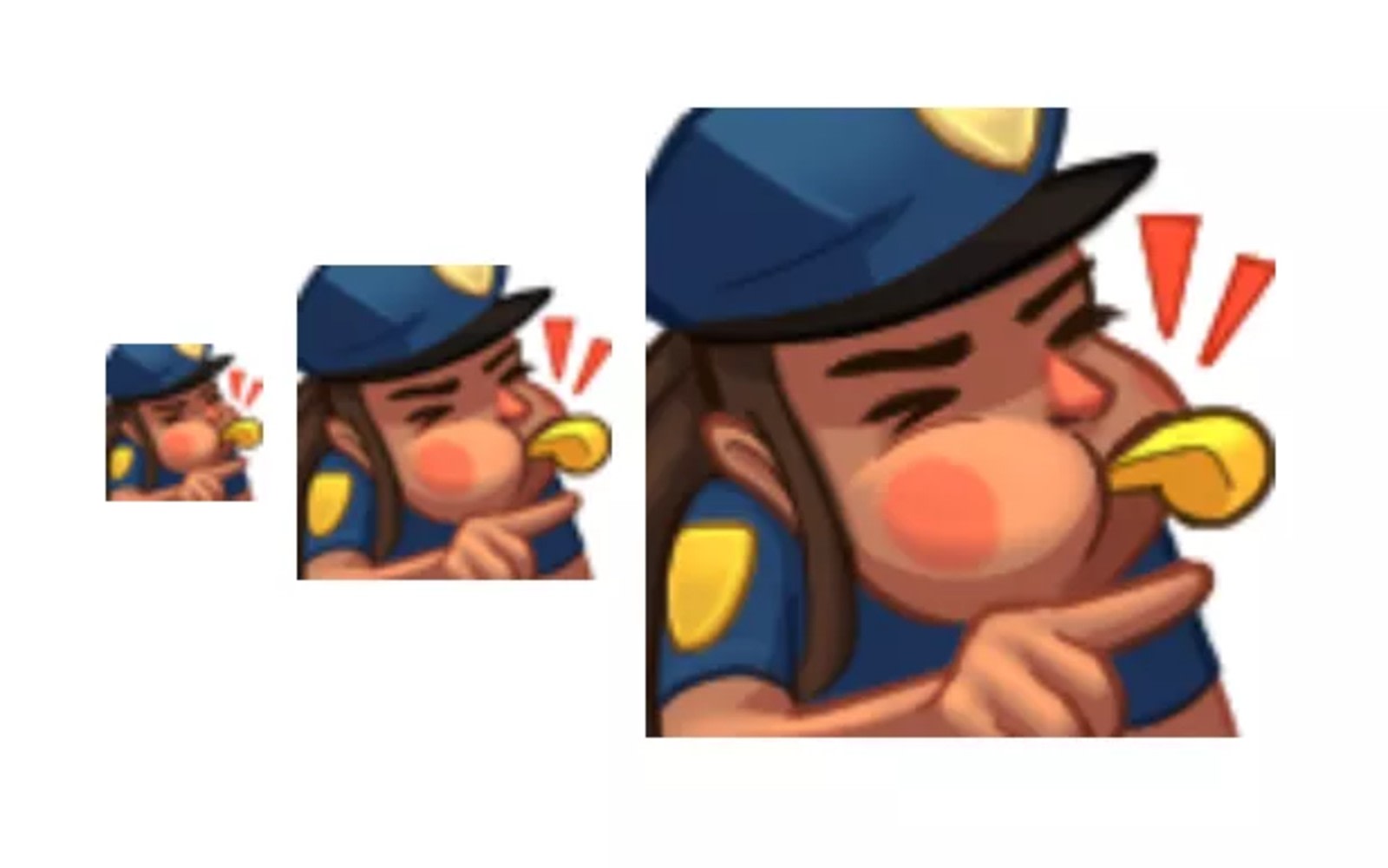 Twitch has removed an emote that featured an image of a cartoon character dressed as a police officer blowing a whistle. "TwitchCop," as the emoticon was known as, was a global emote Twitch viewers could use in chat across all of the platform's channels. The company told The Verge it removed the image to stop people from abusing it.

"We made the decision to proactively pull down the TwitchCop emote to prevent misuse," the company said. "We are constantly evaluating our policies to ensure we are addressing emerging behaviors and language on our platform." Twitch didn't say if it plans to bring back the emote, nor did it elaborate what prompted its decision.

However, as The Verge points out, the emoticon's removal likely comes in response to the ongoing protests across the US that were sparked by the death of George Floyd at the hands of Minneapolis police. In recent days, social media networks like Facebook and Twitter have been flooded with videos documenting rampant police brutality. In light of what's going on at the moment, some viewers may have used the emote to harass black streamers and other people of color.

Despite its newfound notoriety, the emote doesn't seem to have been popular before its removal. A tweet found by The Verge suggests Twitch added the image in 2017 following a community vote.

Compared to the statements we’ve seen some companies share recently, Twitch's decision to remove a potentially hurtful emoticon is one of the more tangible responses to the current situation. We've also seen companies like Sony delay their promotional events. On Monday, the console-maker announced it was delaying its June 4th PlayStation 5 livestream. "We do not feel that right now is a time for celebration..." the company said at the time, without sharing a revised air date.

In this article: Twitch, George Floyd, racism, security, streaming, internet, trolling, news, gaming
All products recommended by Engadget are selected by our editorial team, independent of our parent company. Some of our stories include affiliate links. If you buy something through one of these links, we may earn an affiliate commission.