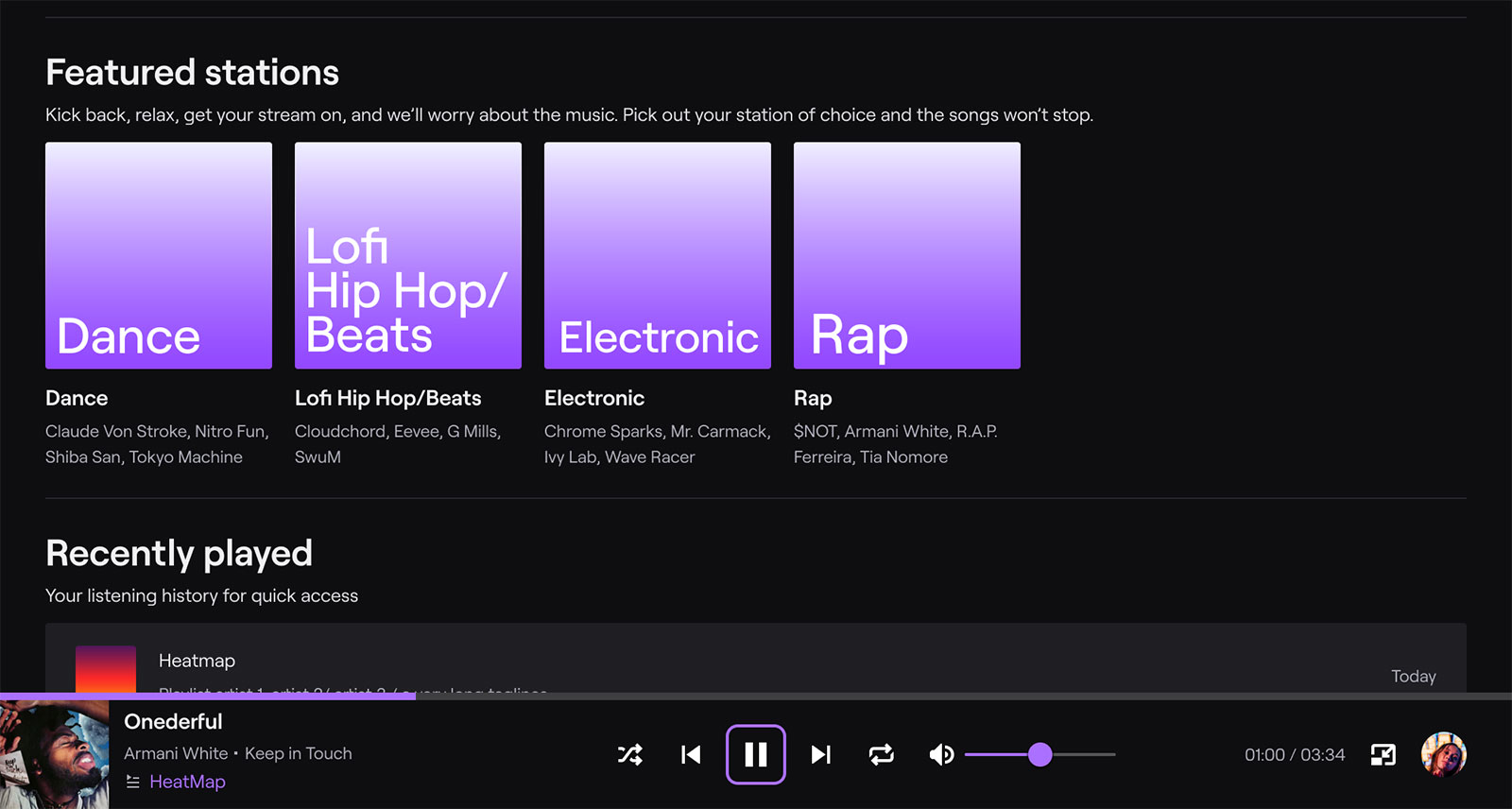 Twitch streamers are no strangers to DMCA music claims. Over the summer, the platform acknowledged a flood of takedown requests for older videos, which could’ve potentially put streamers in jeopardy of consequences under Twitch’s content policy. The company has offered a library of free-to-use tunes for years, but using a song from one of today’s popular artists could land you in hot water. Rapper (and streamer) Logic recently explained that several of his “gaming homies” have wanted to use his music on streams, but his label Universal Music Group (UMG) wouldn’t allow it. The song rights issue for Twitch changes a bit today as the company debuts Soundtrack by Twitch: a tool made specifically for the platform’s creators that should ease some anxiety about music choices.

Soundtrack by Twitch is in beta right now, but it offers over a million licensed tracks for use in streams. The library of available audio content includes songs from over 30 independent labels including Alpha Pup, Anjunabeats, Chillhop, DistroKid, EMPIRE, Future Classic, Monstercat, Nuclear Blast, SoundCloud and United Masters. While it’s unclear exactly which artists from these labels will be available on Twitch, their artists rosters include the likes of XXXtentacion, Young Dolph and Flume. Nuclear Blast is a big heavy metal label, with bands like Biohazard, Agnostic Front, Hatebreed, Lamb of God, Meshuggah and more. SoundCloud has already been working with Twitch to help musicians earn money from livestreams during the COVID-19 pandemic, so its inclusion on the list isn’t much of a surprise. Of course, Twitch is also angling Soundtrack as a way for new artists to get discovered when they’re featured on a stream. DistroKid, for example, is a self-distribution service that helps artists get their music on streaming platforms, so there’s plenty of aspiring acts there.

Twitch says the new music tool will roll out to all streamers “over the next few weeks.” When it’s available, creators will have the ability to use regularly updated, curated Playlists or Stations — the latter of which will offer a larger selection of rotating songs organized by genre. The company says both options are curated by staff in collaboration with “select” streamers and “industry partners.” The plan is to expand the options with new Playlists and Stations “regularly.” And the interface looks like a normal streaming service. It’s rather Spotify-esque, but it appears to be straightforward. So anyone who is using a music app these days should have no trouble navigating the new tool.

In this article: twitch, streaming, streamer, game streaming, livestream, soundtrack, music, dcma, licensing, news, gaming
All products recommended by Engadget are selected by our editorial team, independent of our parent company. Some of our stories include affiliate links. If you buy something through one of these links, we may earn an affiliate commission.