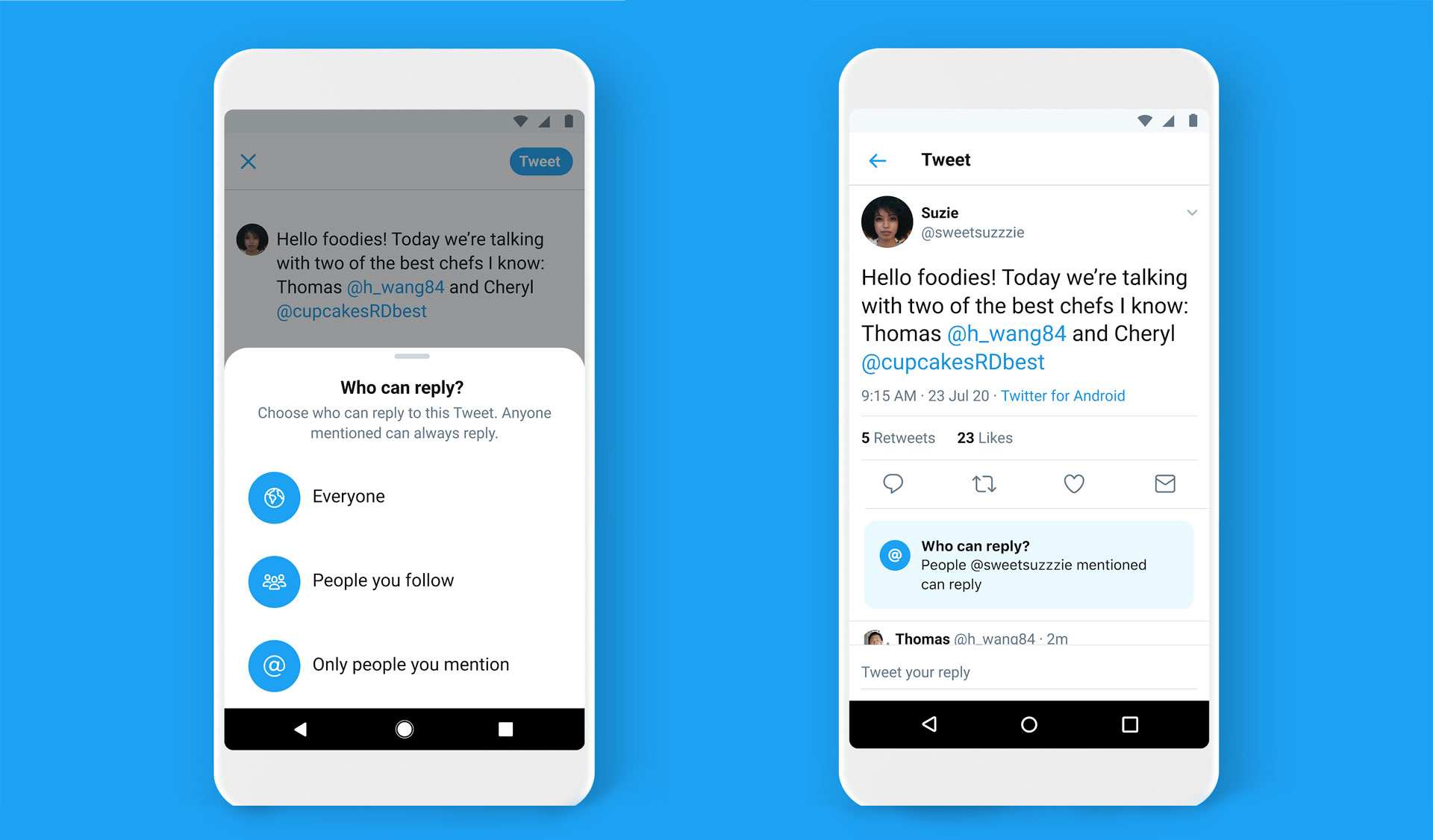 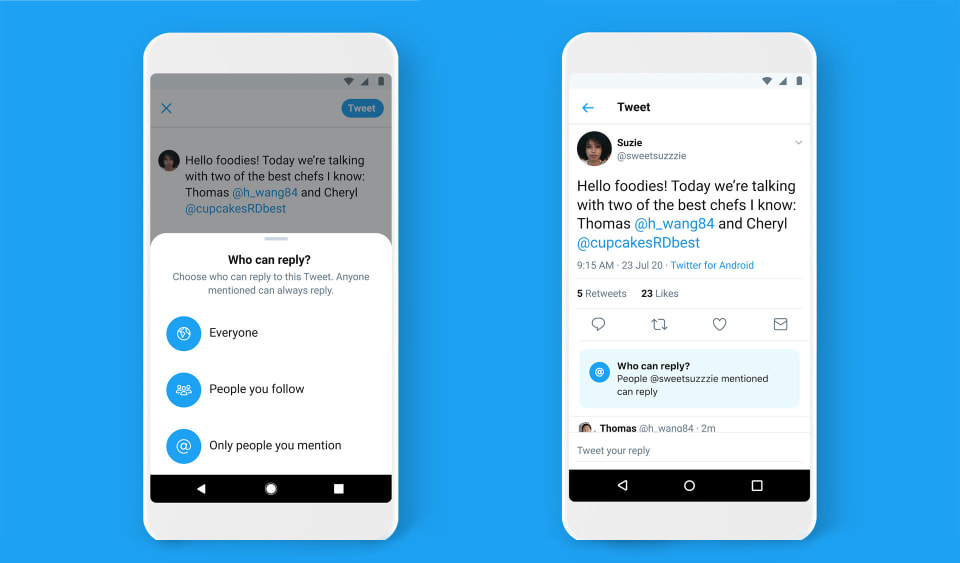 Twitter is making one of its boldest experiments official. After months of testing, the company is bringing its reply-limiting feature, which allows users to control who can reply to their tweets, to all users.

With the update, which is rolling out now to Twitter’s apps and website, users can choose who can reply to tweets before they send them. The options are everyone, people you follow, and people you mention. If you choose people you mention, but don’t mention anyone in the tweet, it effectively means no one can reply. The settings don’t affect the ability to retweet or quote tweet.

The change is one of many experiments Twitter’s run in recent years in order to improve “conversational health,” on its platform. Though limits on replies has been controversial among some users, Twitter has said it’s meant to improve some of the less-than desirable dynamics on Twitter, such as ratios and, of course, the infamous reply guys.

Twitter has been experimenting with the feature since May, and says early tests have shown it can reduce abusive tweets.

“These settings prevented an average of three potentially abusive replies while only adding one potentially abusive retweet with comment,” Twitter’s Suzanne Xie writes in a blog post. “And, we didn’t see any uptick in unwanted direct messages.” She also notes that users who encounter reply-limited tweets are four times more likely to view retweets with comment, which can prompt further conversation about a topic.

In this article: internet, Social media, Twitter, news, gear
All products recommended by Engadget are selected by our editorial team, independent of our parent company. Some of our stories include affiliate links. If you buy something through one of these links, we may earn an affiliate commission.