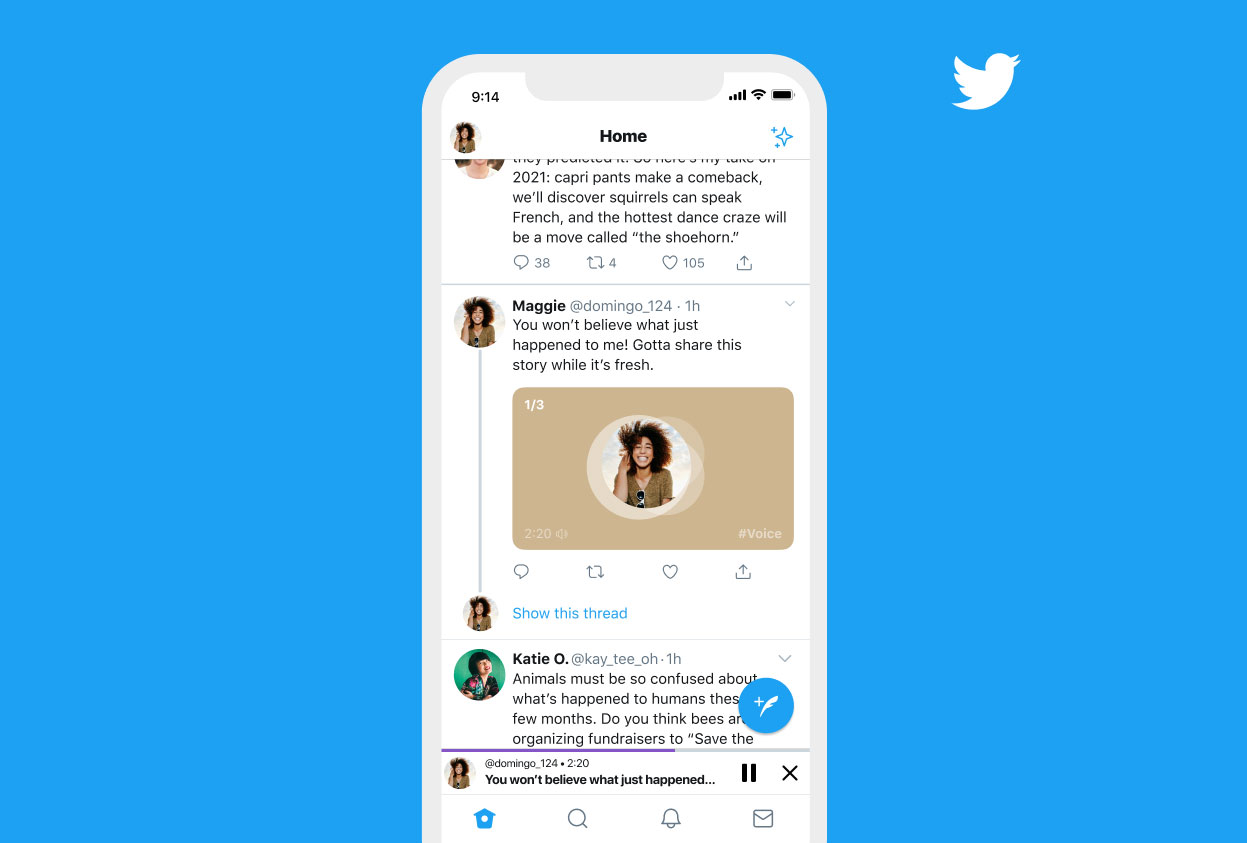 Twitter is testing a new feature that allows users to include an audio clip with a tweet. In its announcement today, Twitter said voice messages “will add a more human touch to the way we use Twitter” and help convey the appropriate tone for tweets. You can include text with your voice recording, or simply allow your voice message to speak for itself.

Sending a voice tweet is fairly intuitive: Tap the wavelength icon while composing a message, then start recording. In addition to text, you can record a message of up to 140 seconds. If your audio goes over the limit, the app automatically creates a thread up to 25 messages long. These voice messages can only be posted as original tweets; you can’t reply to someone else’s tweet with audio.

It remains to be seen how useful this feature will be. Twitter’s timely suggestion noted that this feature could be useful for sharing “first-hand accounts from a protest”, which suggests the social media giant is paying attention to advice on protecting the identity of protesters. Adding voice notes to messages could make Twitter more accessible by providing an alternative for those who have difficulty reading text. But in the first few hours since launch, the voice notes gaining the most traction on the service are just people shouting things like, “Hey, this is a voice tweet!” or “What am I doing?”

For now, only some iOS users can create tweets with audio, but everyone can see them. Twitter hasn’t announced when this feature will be available for Android or web users. Don't worry, Android users; while you wait for your turn at the mic, you can perfect your bird calls to show iPhone users how it's really done.

In this article: Social media, Twitter, news, gear
All products recommended by Engadget are selected by our editorial team, independent of our parent company. Some of our stories include affiliate links. If you buy something through one of these links, we may earn an affiliate commission.