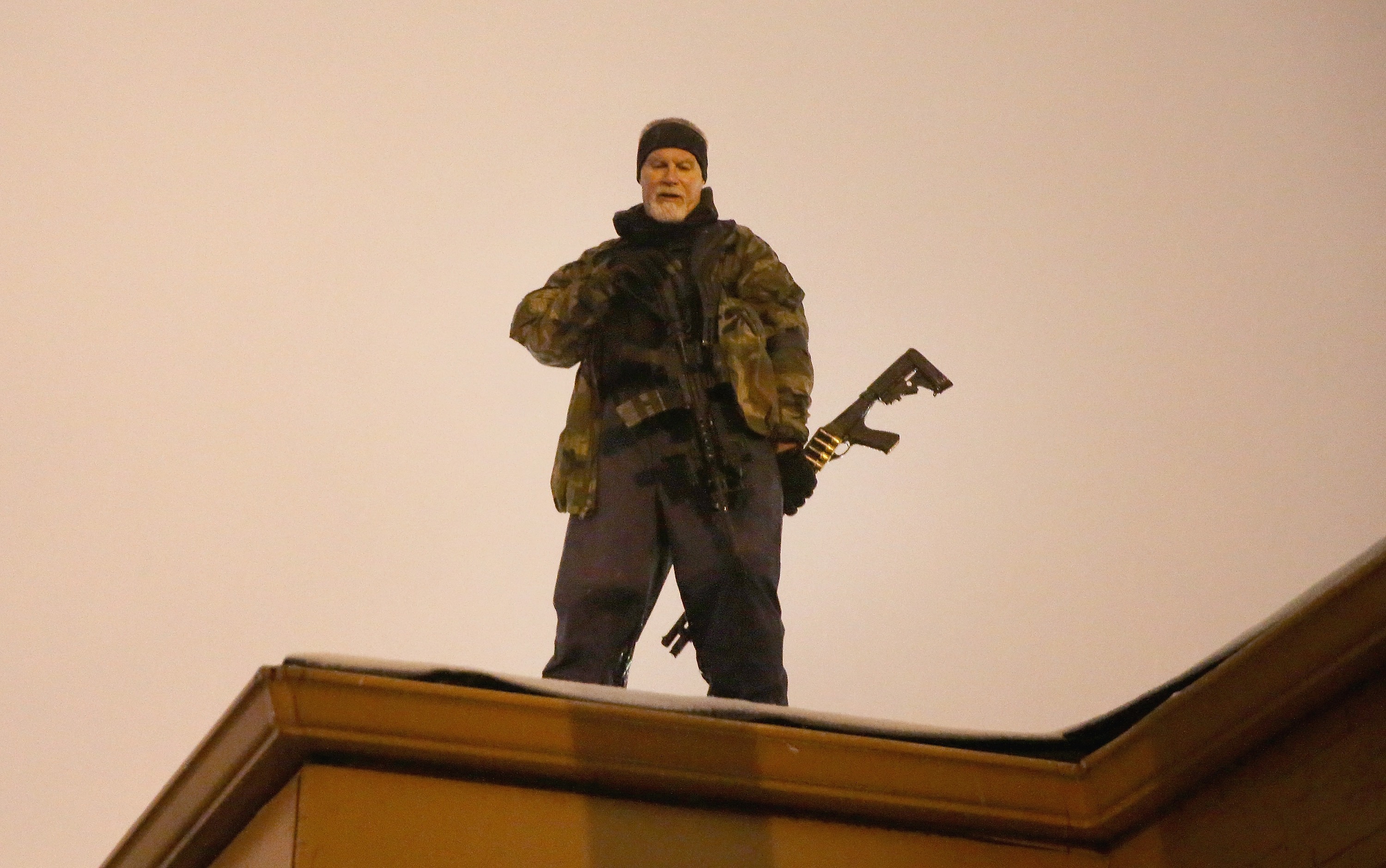 Twitter has banned the accounts of far-right extremist group the Oath Keepers and its founder, Stewart Rhodes. According to the Southern Poverty Law Center, the group is one of the US's largest anti-government movements. It claims to have tens of thousands of members, many of whom identify as former law enforcement and military. The group recently tweeted there would be "open warfare against the Marxist insurrectionists (its shorthand for Black Lives Matter activists) by election night."

A spokesperson for Twitter told Engadget it banned accounts associated with the Oath Keepers for violating its policies on violent extremist groups. "There is no place on Twitter for terrorist organizations or violent extremist groups and individuals who affiliate with and promote their illicit activities," the company says on the policy page. "We examine a group's activities both on and off Twitter to determine whether they engage in and/or promote violence against civilians to advance a political, religious and/or social cause."

In 2015, some of the group's members, armed with assault rifles and other weapons, were present at the Ferguson protests that occurred on the anniversary of Michael Brown’s death. Besides threatening violence on Twitter, the group has also used the platform to spread COVID-19 conspiracy theories, often using hashtags linked to movements such as QAnon. A favorite conspiracy theory of the group is that Bill Gates and Dr. Anthony Fauci want to control people's minds through mandatory vaccines. In recent weeks, social media platforms have stepped up their efforts to limit the spread of conspiracy theories and groups like the Oath Keepers. In August, for example, Facebook removed hundreds of QAnon groups.

In this article: social media, social networking, twitter, social network, qanon, misinformation, Conspiracy theory, covid-19, news, gear
All products recommended by Engadget are selected by our editorial team, independent of our parent company. Some of our stories include affiliate links. If you buy something through one of these links, we may earn an affiliate commission.