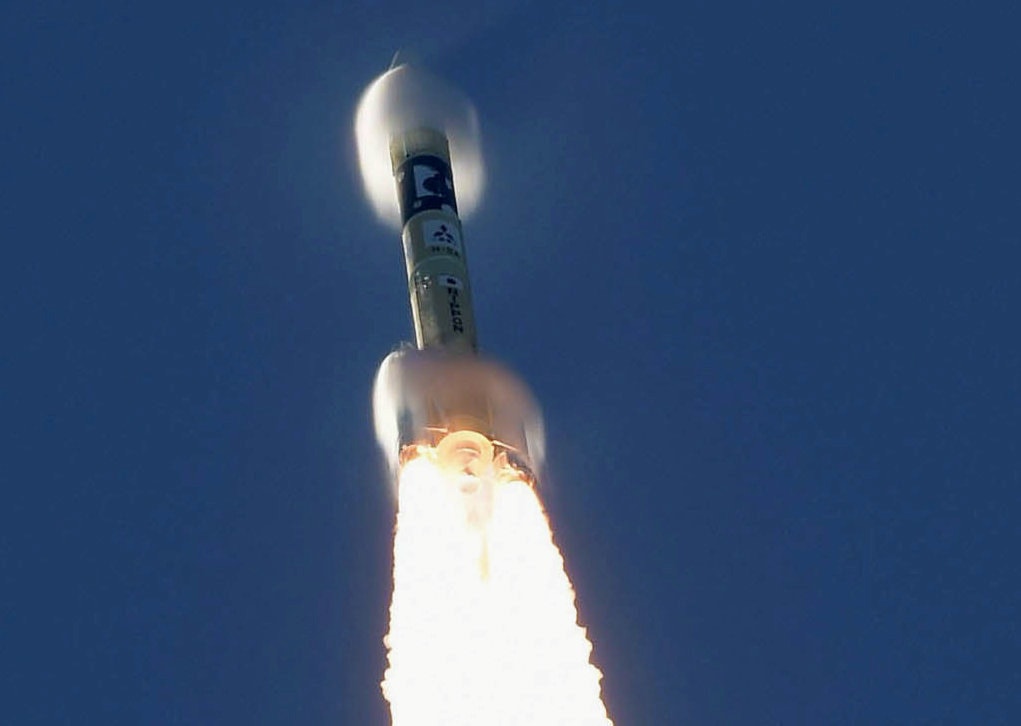 The UAE’s Mars-bound Hope mission has successfully launched from Japan's Tanegashima Space Center aboard a Mitsubishi H-2A rocket. About an hour after liftoff, the Hope Probe separated from the rocket to rapturous applause from controllers and engineers at the UAE Space Agency. It’s designed to jump-start the nation’s science sector and marks the Arab world’s first ever mission to Mars. “This is the future of the UAE,” said science lead and minister of advanced sciences, Sarah Al Amiri.

The Hope Probe is expected to reach Mars orbit in February 2021 during the 50th anniversary of UAE unification. It will not land on the planet but will instead orbit it for an entire Martian year, or 687 days. The aim of the $200 million mission is to get a more detailed picture of weather dynamics on the red planet ahead of future manned Mars missions.

The probe is equipped with ultraviolet and infrared spectrometers, along with a camera sensitive to optical and ultraviolet light. It will be placed on an equatorial orbit that allows it to observe how conditions in the lower atmosphere change over time. “It covers all regions of Mars at all local times at Mars, and that's a comprehensive understanding that fills in the gap of changes through time through different seasons of Mars throughout an entire year,” Al Amiri said.

The UAE mission is just the first of three Mars missions scheduled to launch this month while Earth is particularly close to Mars. Next up is China’s Tianwen-1 mission to place a lander and 530-pound rover on the planet. Designed to check the Red planet’s geology, it’s equipped with six instruments including a weather station, magnetic field detector and ground-penetrating radar. That mission is scheduled to launch on July 23rd.

Then on July 30th, the US and Europe will launch the Mars 2020 mission, complete with the 2,315 pound Perseverence rover. It’s designed to touch down on Mars in February 2021 and collect several dozen samples from promising sites. Those will be collected in 2026 by NASA’s Sample Retrieval Lander (SRL) mission, and brought back by a rocket called the Mars Ascent Vehicle.

In this article: UAE, Hope Probe, Mars, space, Spaceflight, hope mars mission, Mitsubishi, H-2A, H-IIA, news, tomorrow
All products recommended by Engadget are selected by our editorial team, independent of our parent company. Some of our stories include affiliate links. If you buy something through one of these links, we may earn an affiliate commission.