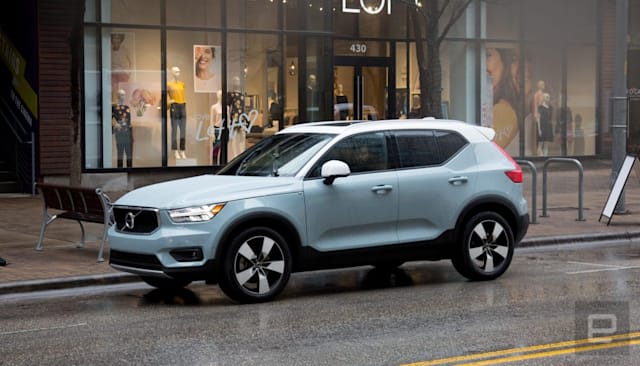 Volvo has followed through on its promise to limit the top speed of its upcoming cars to 180 kilometers per hour (112 miles per hour). Little more than a year ago, the company said it would introduce the cap in an attempt to limit speeding-related injuries and deaths. Additionally, all of the company's upcoming vehicles will include a feature called Care Key that will allow their owners to set additional speed limits. Volvo suggests one possible way to use the functionality is before letting one of your teen children drive the car.

When it first proposed capping the speed of its cars, Volvo said current vehicle safety technology and city infrastructure weren't enough to prevent speeding injuries. It's using that same line of reasoning today. The automaker has also tried to anticipate any potential criticisms of the move.

"Volvo Cars believes it has an obligation to continue its tradition of being a pioneer in the discussion around the rights and obligations of car makers to take action that can ultimately save lives, even if this means losing potential customers," the company said.

As it mentioned in the past, the company also plans to introduce features designed to limit the effects of distracted and drunk driving. One of the systems Volvo may implement could use a series of in-car cameras and sensors to intervene when a driver isn't responding to warning signals.

In this article: cars, volvo, transportation, care key, news, gear
All products recommended by Engadget are selected by our editorial team, independent of our parent company. Some of our stories include affiliate links. If you buy something through one of these links, we may earn an affiliate commission.