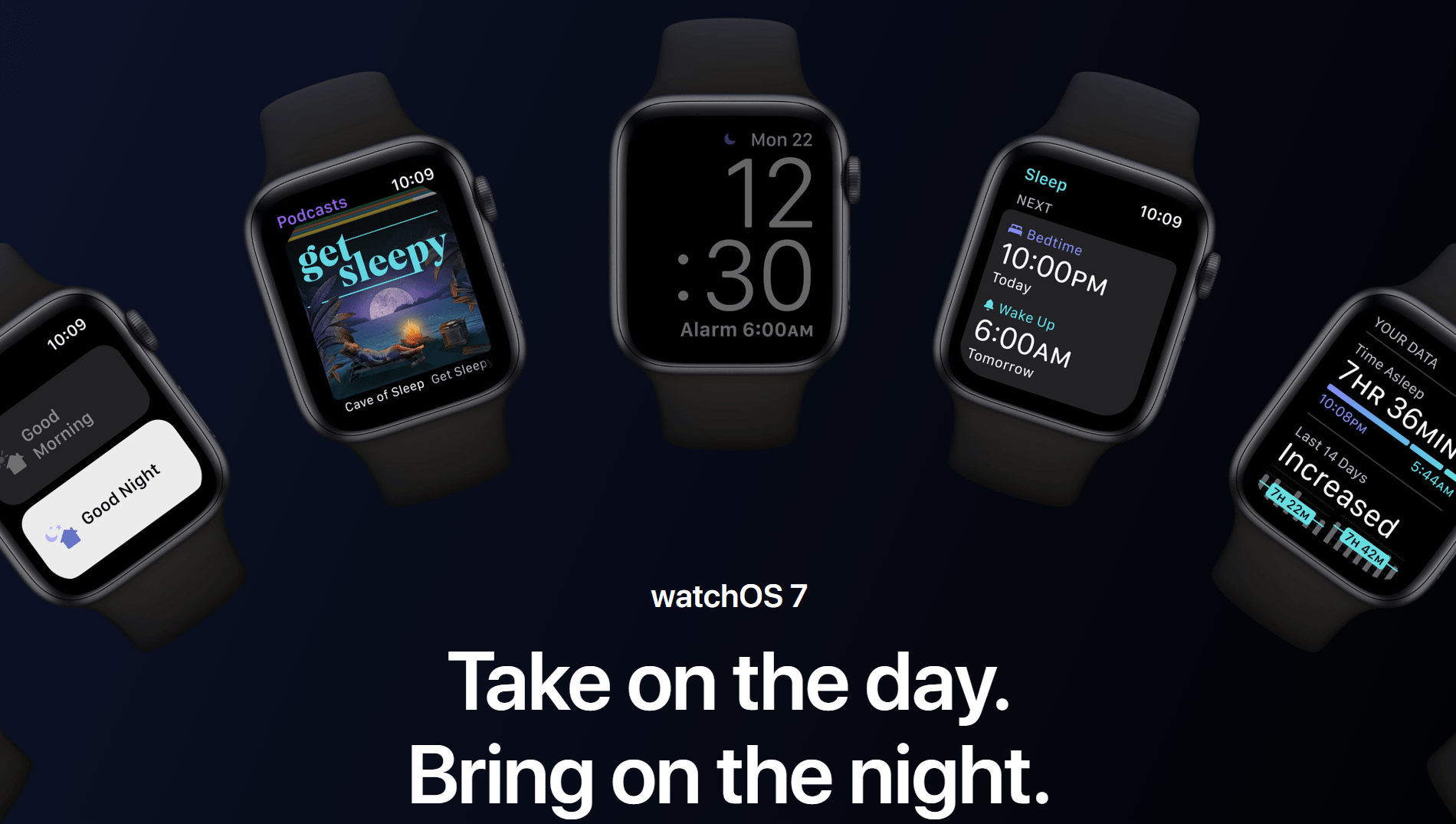 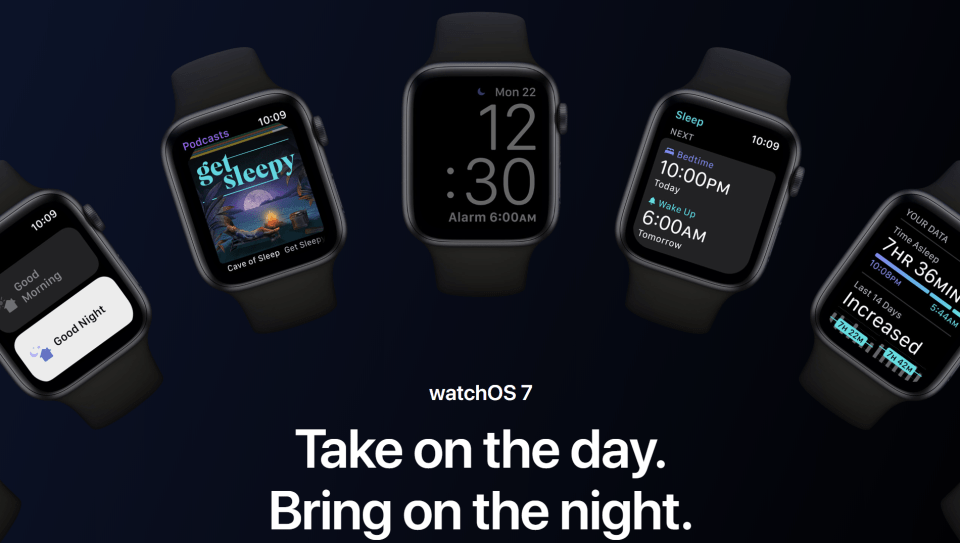 “Oh shit, all this is making me want to switch to Apple.”

I actually Slacked my colleague that as I watched Apple’s WWDC keynote. I first felt the longing when I saw the changes coming to Messages in iOS 14, though as an Android user I was less impressed by the widgets, less-intrusive Siri and Maps updates. Then the keynote shifted to focus on watchOS 7.

I’ve long conceded that the Apple Watch is the best smartwatch for iPhone users, since it offers excellent integration with iOS. But I was always happy to look from afar as it gained some features that I didn’t deem too important, like an ECG tool and an app store. For the most part, previous watchOS updates felt like Apple was playing catchup to Fitbit and even Samsung and Google. But with the long-overdue introduction of sleep tracking in watchOS 7, it seems Apple may finally be done closing the gap and starting to take the lead. 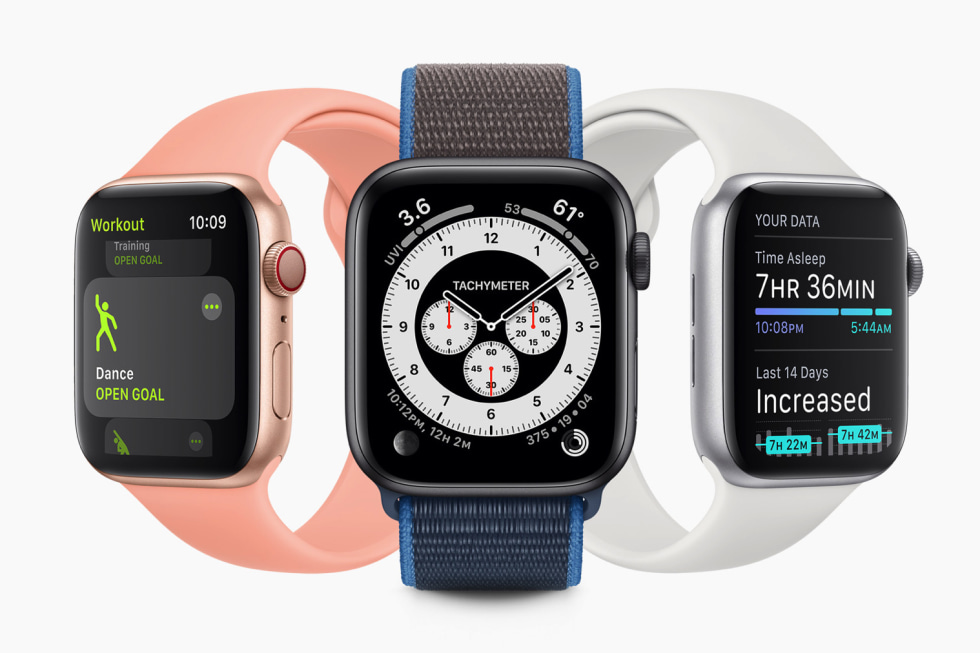 watchOS has always been better than its competitors on complications and watch faces -- you can generally create more useful options than on Wear OS, Tizen or Fitbit OS. In watchOS 7, the faces are more customizable, and apps can finally power more than one complication per device. You can also share the faces you’ve created directly with your contacts, which should help make it easier to set up your less tech savvy parents remotely. In addition to directly sending them to contacts or downloading from the App Store, you can also get a watch face via a plugin on a website, for example. You can also do this on Wear OS, but it appears a lot more seamless with watchOS 7. Meanwhile, Samsung’s faces are limited to discovery within its Wearable app, while Fitbit’s options are pretty basic.

With these more-powerful faces, you can see things like how long ago you fed your baby, how much they ate and how much time till the next feeding at once. Though you might not have access to myriad third-party watch faces like you can on other platforms, the customizability you get in exchange might be mollifying. In fact, this was one of the things our editor-in-chief Dana Wollman asked for when she reviewed the Apple Watch Series 5, and would just make the wearable so much more helpful and intuitive.

Apple also updated its wearable platform to help users sleep better. Not only does it use the accelerometer to monitor your slumber, but watchOS 7 will also offer a Wind Down feature that helps prepare you for bedtime, gently wake you up in the morning and serve up your day’s agenda. It’s almost like a mix of Fitbit’s sleep tracking with Google’s morning reports -- though let’s not forget those two companies have yet to officially merge. Fitbit does still have an upper hand over Apple here, since it taps its heart rate monitor to detect your sleep zones, which is more accurate than just accelerometer-based data.

I’m not a big fan of wearing a watch to bed, so seeing Apple add this feature is for me more an example of the company checking off an item on a spec sheet. But for people who do keep their watches on to log their slumber, these are important and helpful tools.

The watchOS Workouts app has also been renamed to Fitness and will be able to track Dance as an activity towards your health metrics. You can log metrics like heart rate and duration for things like Functional Strength, Core training and cooldowns as well. This is huge for me, since I’ve been relying on sessions of Just Dance to get my heart pumping while in quarantine, and wanted a more-accurate way to track these semi-workouts. Apple uses the accelerometer once again to detect horizontal arm movements and vertical bends and rises to account for your dances -- something other smartwatches don’t yet offer.

It’s the way Apple is using the Watch’s sensors to create useful tools that really has me impressed. The hand-washing detection feature, for example, uses machine-learning to understand the motions of your palms and fingers when you’re scrubbing up. But it also listens through the microphone for sounds of water and squishy soap suds for added context. That takes it beyond being the simple countdown timer (and reminder) app that we’ve seen on Google and Samsung’s products.

Don’t get me wrong -- there’s still plenty I don’t like about the Apple Watch. Its boring rectangular design, for example. Plus, its roughly one-and-a-half-day battery continues to be a problem, although Wear OS clocks in at barely two days too. The Galaxy Watch and Fitbit Versa series can last about five days.

But with the improvements to health tracking, better use of onboard sensors, along with continued dominance when it comes to smartphone integration, the Apple Watch has become the best smartwatch, period. There aren’t a lot of reasons I would give up Android to cross back over to the iOS walled garden, but a strong watchOS and some of the other updates coming to iOS, iPadOS and macOS have me seriously considering my allegiance.

In this article: watchos, wear os, Galaxy Watch, watchos7, Google, wearable, Fitbit, wwdc2020, Apple, wearos, Samsung, smartwatch, news, gear
All products recommended by Engadget are selected by our editorial team, independent of our parent company. Some of our stories include affiliate links. If you buy something through one of these links, we may earn an affiliate commission.