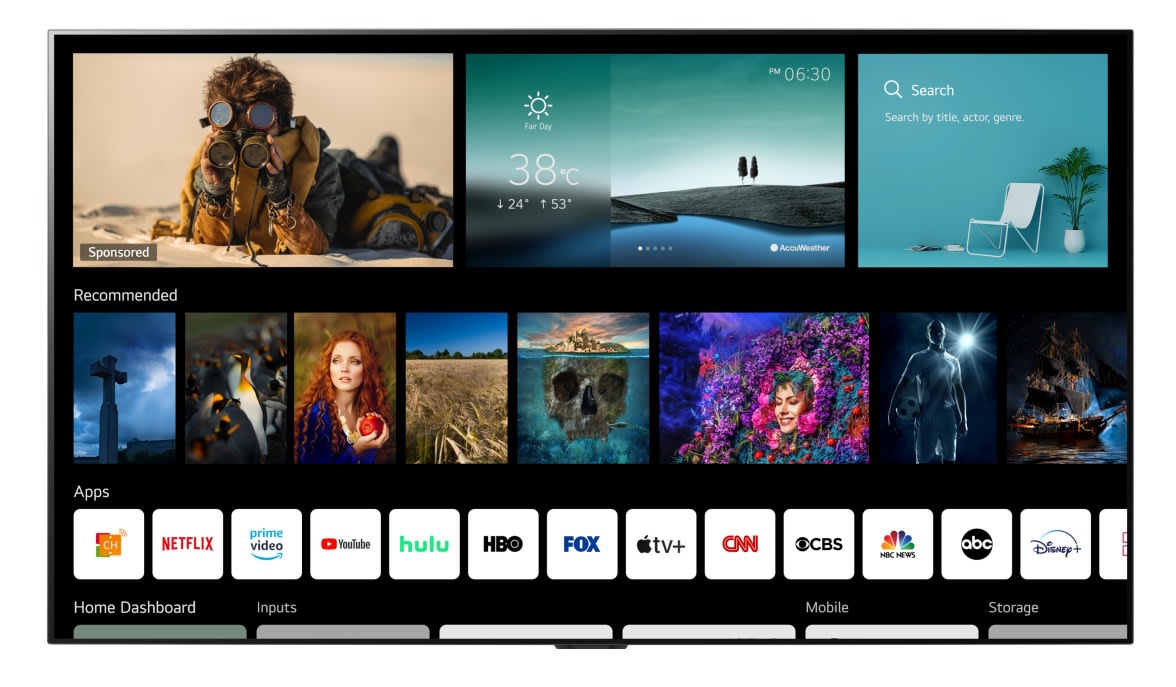 Seven years after introducing webOS as the platform for its Smart TV lineup, LG is introducing version 6.0 with a new look and feel for its 2021 4K and 8K TVs. The old blade lineup of apps is gone, with a more modern tile-based layout. LG Home Entertainment president Park Hyoung-sei calls this “the most significant update since we first introduced webOS in 2014.”

An upgraded version of its ThinQ AI has more voice command control than ever whether you’re using Google Assistant or Amazon Alexa. For traditional control, this year’s edition of its Magic Remote is a bit more standard than some of the previous versions, but also includes NFC for the first time, which allows users to share content from phone to TV (and back) simply by tapping it.

The new software includes Magic Explorer, which can pull up related content about actors, locations and items of interest for “select broadcast channels, while Next Picks analyzes viewing preferences to suggest things you might like. There’s no word on opt-in or opt-out preferences for these settings, but we’ll ask about them as the show progresses next week. It’s also unclear whether the updates will extend to older TVs in LG’s lineup, one way or another, the old HP software platform is still rolling on, powering new OLEDs and LCDs for another year.

In this article: ThinQ, webOS 6.0, NFC, webOS, LG, magic remote, news, gear
All products recommended by Engadget are selected by our editorial team, independent of our parent company. Some of our stories include affiliate links. If you buy something through one of these links, we may earn an affiliate commission.