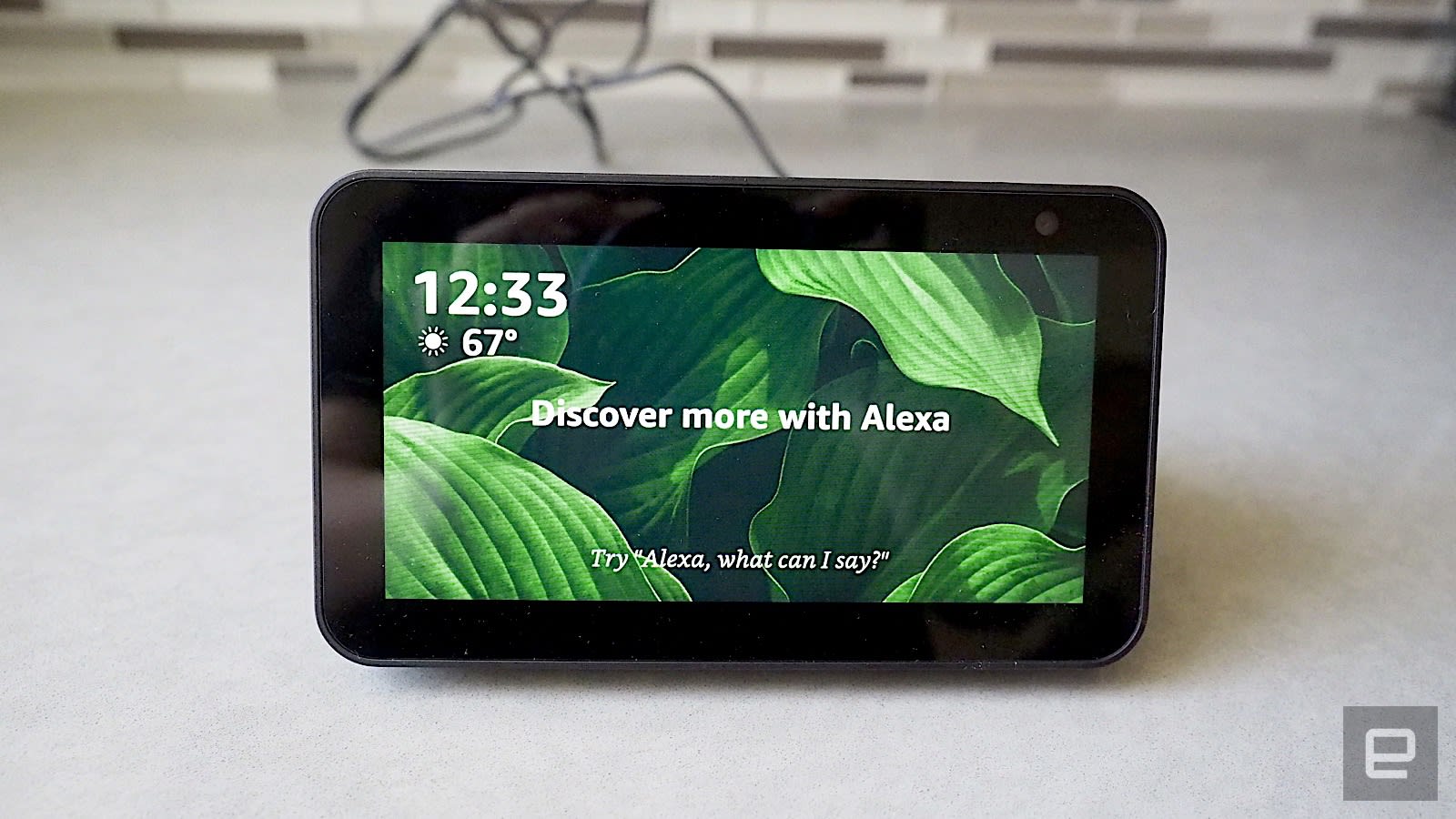 The first full week of May brought a number of deals on home tech and mobile devices. Those on the market for a smaller Echo device with a screen can still snag the Echo Show 5 for $50 and the Show 8 for $80. Star Wars fans with a soft spot for slow cooking can still take advantage of Williams Sonoma’s “May the 4th” sale that discounts three Star Wars Instant Pot models, and Wellbots continues to offer $170 off a Shark IQ robot vacuum with self-emptying base. There are also great deals available on the base iPad and Google’s Pixel 4 smartphones. Here are the best deals from this week that you can still get now.

Amazon still has discounts on its Echo Show 5 and Echo Show 8, dropping them to $50 and $80, respectively. These are Black Friday-esque prices and we likely won’t see them this low again until Prime Day rolls around. The Echo Show 8’s larger display makes it best for watching recipe videos and displaying photos, while the Echo Show 5 can be your nightstand companion and double as an alarm clock.

“May the 4th” has come and gone but you can still snag a Star Wars-collection Instant Pot from Williams Sonoma at a discounted price. Three models — the 3-quart BB-8, the 6-quart Stormtrooper and the 8-quart Chewbacca — remain on sale for $20 less than their regular prices, so you can get one starting at only $60. The Star Wars Instant Pot collection launched at the end of last year, and even though they look quite different from normal Instant Pots, they function just the same. You will get a Star Wars-inspired recipe when you purchase any of them, though, and Williams Sonoma sweetens the deal by offering free shipping on orders over $50 with the code SHIP4FREE.

The best deal on the 10.2-inch iPad that we’ve seen in a while is still available — you can get the base-level tablet for only $250 at Best Buy. Normally priced at $330, the 10.2-inch iPad is a great value: we gave it a score of 86 for its updated, larger display, solid battery life and Apple Pencil support. It’s the tablet to get when you don’t want to spend a ton of money but still want a decently powerful device (not to mention, it’s the most affordable iPad in Apple’s lineup even when not on sale). Best Buy’s Apple Shopping event is still ongoing as well, so you can still get $100 off the HomePod in addition to other discounts.

You can still grab a Shark IQ robot vacuum with self-emptying base at Wellbots for $430 with the code ENGADGETCLEAN. The device is already on sale for $450, but Engadget’s exclusive code will get you an extra $20 off. This Shark robot vacuum is one of the company’s higher-end models with WiFi connectivity, support for Amazon’s Alexa and Google Assistant, and the self-emptying base which means slightly less work for you.

Google’s Pixel 4 and 4XL smartphones remain on sale at Best Buy starting at $450 and $550, respectively. Both handsets dropped to this price last month, but the sale is back again — so now’s the time to grab one if you missed it the first time around. We gave the Pixel 4 handsets a score of 85 for their excellent cameras, solid performance and improved Google Assistant features.

Sling TV continues to run its Happy Hour promotion in which anyone can watch Sling Orange content for free from 5PM to midnight each day. All you have to do is sign up on Sling’s website — no credit card required. Programming includes channels like CNN, AMC, USA and TNT but leaves out Disney, ESPN and others that aren’t included Sling’s Orange tier. If you’re itching to watch news or different TV shows, or just want to view some channels you don’t have access to already, this is a great way to do so.

New and qualifying subscribers can pre-order HBO Max for $12 per month for the first year, discounted from the normal $15 monthly price. The only catch is that you’ll have to sign up via the HBO Max website and not from any other distributor. HBO clearly wants to make its streaming service more appealing for early adopters, and this promo certainly does that as its even more affordable than Netflix’s price for its standard HD plan.

Best Buy has the Xbox One X Star Wars Jedi: Fallen Order bundle for $300, which is $100 off its normal price. While plenty of Xbox One X bundles have hit slightly lower prices, this one is a particularly good deal for any Fallen Order fans. Just keep in mind that the Xbox Series X is on the way, so if you want the latest and greatest Xbox, it may be worth it to wait.

QVC has the lowest price we’ve seen on Roku’s Smart Soundbar, dropping it to $176. Designed to work with “dumb” TVs, the soundbar has built-in Roku Ultra technology so it’s both an audio device as well as a smart device. It also has features like Speech Clarity for improving dialogue quality and Automatic Volume Leveling for quieting super-loud commercials.

Anova slashed the price of its Precision Cooker Pro sous vide machine to $200, or half off it’s normal price. The highest-end device Anova sells, this sous vide packs 1200 watts of power, a temperature probe for consistent accuracy and a design made with stainless steel and teflon-coated aluminum. It may not be for sous-vide novices, but it’ll be a great gift for the seasoned home cook in your life.

Those in need of a smartphone gimbal can snag the Osmo Mobile 3 for only $90. We’ve seen DJI’s latest gimbal drop to $100 before, but this is an even better deal. Not only can you shoot smooth video with any smartphone with this accessory, but the gimbal also folds down into an even more compact shape that will be best when traveling.

CalDigit’s TS3 Plus is on sale for $230 at Amazon. This excellent dock has hovered around $280 recently but now it’s hit the lowest price we’ve ever seen. It’s a reliable dock fit for any Thunderbolt laptop and it has more ports than you’ll likely ever need. In addition to two Thunderbolt 3 ports, it has five USB-A ports, tow USB-C ports, an Ethernet port, an SD card slot and more. Windows users can drive up to two 4K displays from the dock, and with 87W power delivery, the dock will speedily charge any laptop.

Thermoworks have put together two “essentials” kits with some of its most popular devices for home cooking and barbecuing. The Home Cooking Essentials kit is on sale for $115 includes the Thermapen Mk4, the DOT alarm thermometer, one spatula and two silicone hotpads. The BBQ Essentials kit costs a bit more at $158 and it includes the Mk4, the Smoke 2-channel alarm, one basting brush and two silicone hotpads. Either set will be useful for those who are just getting into home cooking or barbecuing while under quarantine.

In this article: commerce, weekly deals, engadgetdeals, thebuyersguide, Amazon, Echo Show 5, star wars, instant pot, ipad, pixel 4 xl, Google, Sling TV, hbo max, news, gear
All products recommended by Engadget are selected by our editorial team, independent of our parent company. Some of our stories include affiliate links. If you buy something through one of these links, we may earn an affiliate commission.