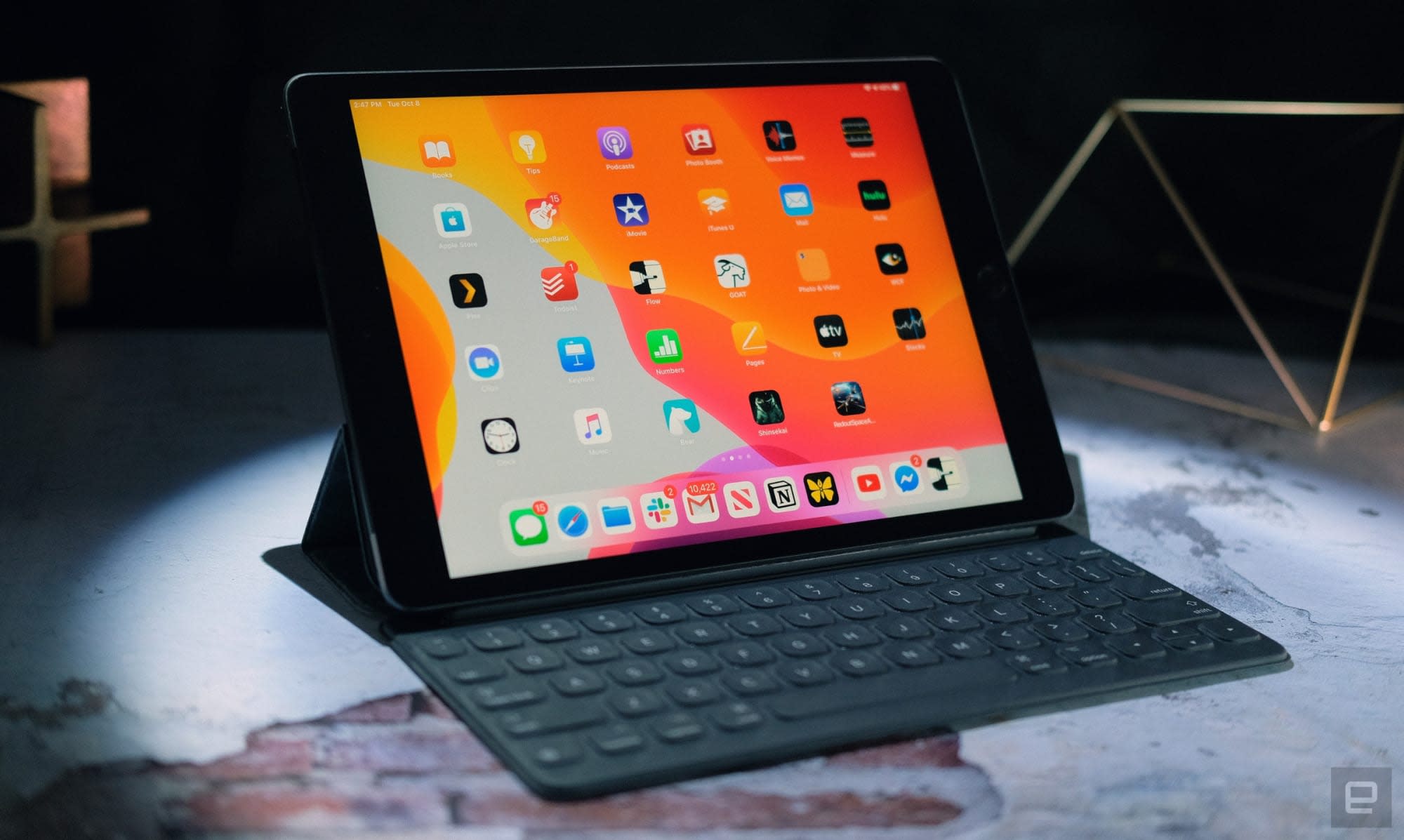 It's bigger and has great software, but it's no faster than before.

Apple is dead set on making sure there's an iPad for everyone. Want something fast and future proof? Try an iPad Pro. Prefer a smaller device? There's the updated iPad mini. Need a spacious screen and excellent performance without paying Pro prices? The iPad Air is probably for you. And now with the $329 iPad 10.2 (or the 2019 iPad or whatever you want to call it), Apple is making sure people who just need the essentials are getting them. Again.

Chiefly, it offers a solid screen, great software and the sort of good battery life we've come to expect from Apple. With that said, the new iPad isn't a massive improvement over the model it replaces, and that's OK. When you consider how few companies are making good tablets, the 2019 iPad gets enough right that it's still the best reasonably priced tablet out there right now. 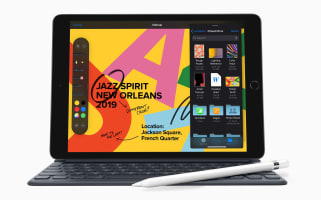 Last year's entry-level iPad was a great tablet for the time, but it left me with a few items on my wishlist. Apple has had some version of a 9.7-inch iPad since Steve Jobs revealed the original nearly a decade ago, so I thought it would be nice to see the company mix up its design a bit. I also thought one of Apple's magnetic Smart Connector ports would be a helpful addition. After all, students (especially young ones) use iPads quite a bit, and they'd certainly benefit from some clever accessories.

So what did Apple do when it was time to build this new iPad? Well, it redesigned it and gave it a Smart Connector. Apple basically gave us the iPad I wanted last year, this year.

The most obvious change here is the new, 10.2-inch Retina display: It's half an inch bigger than the screen in older models, but honestly, the extra screen space doesn't feel that valuable. Yes, you have slightly more room for your movies, and avid Pencil users will probably appreciate having extra screen real estate for their notes and sketches. Still, unless you happen to have last year's model sitting right next to it, you'd probably be hard-pressed to tell the difference. It's fine.

Thankfully, it's still a pretty nice screen for the price: The colors are vivid, and Apple has bumped up the brightness slightly, making it a little easier to use outdoors. Unfortunately, this screen isn't laminated, so there's a bit of dead space between the Retina panel and the glass that protects it. That's hardly a dealbreaker -- the same is true of Apple's other cheap iPads -- but there's no denying that laminated displays in devices like the $500 iPad Air just look better.

That bigger screen obviously means a bigger enclosure too. This year's standard-issue iPad is almost exactly the same size as the iPad Air, except it's a hair thicker. Don't worry: The change in weight compared to earlier models is negligible, which means the new iPad is still comfortable to hold onto for long periods of time. (Say, when you're reading or binging Succession in bed.)

Beyond making everything a little bigger, the rest of the standard iPad features remain. You'll still use a Lightning cable to change instead of USB-C, and since there's no Face ID here, you'll rely on a fingerprint sensor in the home button to unlock your iPad. Oh, and thankfully, there's still a headphone jack here.

The only real exception is the new Smart Connector I mentioned earlier. Apple introduced it in 2015 as a way to magnetically attach accessories to the original iPad Pro, and since then, the connector has been slowly working its way down into more reasonably priced tablets like the iPad Air. That means for the first time, you can snap one of Apple's $160 Smart Keyboards onto the cheap iPad. Despite the hate it tends to get, I had no trouble bashing out my review on it. It's not an ideal keyboard -- its keys aren't backlit and the short travel will feel weird for some people -- but the fact that it doubles as a screen cover makes it more valuable than a Bluetooth keyboard.

I'm glad the Smart Connector is here; I'm less glad that few companies have bothered to do anything with it. Apple has that keyboard case. Logitech has a charging base and a handful of slim connector keyboards complete with backlit keys, and... well, that's about it. Maybe now that the Smart Connector is available on nearly every new iPad, its ecosystem of accessories will start to blossom. Until then, there's a decent chance you're never actually going to use this thing.

I have to say, I wish the iPad came with more storage. For $329 you get you a tablet with 32GB of space, which might be perfectly manageable if your music library lives in services like Spotify and if you mostly stream your movies instead of downloading them. But let's say you're buying into Apple's new vision of itself as a services company and want to download a bunch of Apple Arcade games or save a few episodes of a TV show for a flight. That's when extra storage would come in handy. Now that the iPhone 7 has been discontinued, you can't buy a new phone with less than 64GB of space. In 2019, that should apply to iPads too.

One might assume that since Apple added a bunch of new things to its entry-level iPad, a slightly newer processor would be among them. Nope! Just like last year's model, the 2019 iPad uses the A10 Bionic, a chipset that first appeared in the iPhone 7 three years ago. That's not to say Apple didn't change anything here: Geekbench reports that the new iPad has 3GB of RAM compared to 2GB in the earlier model. Apple probably added that extra system memory to help the iPad keep up with all the new features and changes added in iPadOS. Keep in mind, though, that even the iPad mini still runs faster than this one does.

Frankly, I would've preferred a snappier processor to a marginally bigger screen, and I was initially concerned about how this iPad would deal with some of iPadOS's improved multitasking tools. (For a closer look at what that big update brings, be sure to check out our full review here.) In any case, the level of performance here never felt lacking.

Yes, I occasionally noticed some stuttering when jumping between apps, and it doesn't always handle iPadOS's animations as smoothly as I would like. Still, the A10 chip has been enough to handle multitasking surprisingly well most of the time, whether you're running multiple apps side by side in Split View or thumbing through apps running in tiny Slide Over windows. It's not always the smoothest experience, but it all feels pretty appropriate considering the price.

There's even enough power here for a bit of light gaming too: Capcom's Shinsekai: Into the Depths ran beautifully, though some graphically flashier games were more prone to the occasional visual hiccup. While playing the arcade shooter Redout: Space Assault, for instance, I'd sometimes spot the action locking up momentarily before resuming as normal. Ditto for exploring the locked-down museum in The Bradwell Conspiracy. That's a little disappointing, especially now that Apple Arcade is here and you can wirelessly connect Xbox and PS4 controllers to iOS devices, but in general, most games will run well enough for you or the kids.

Apple Pencil users might also notice a slight improvement in how smoothly they're able to draw or take down notes. Thanks to some under-the-hood improvements in iPadOS, the gap from the moment you start writing to when the strokes begin to appear on-screen has been in cut in half, making Pencil use feel a bit smoother. Then again, if you're the kind of person who really cares about a proper Pencil experience, it might be worth saving up for the iPad Air instead: It has a slightly bigger, laminated screen that feels nicer to write on.

If nothing else, battery life lives up to Apple's 10-hour claims: I spent most of the weekend binging old movies and TV shows on the iPad, and I found that it generally ran for closer to 11 hours on a charge. When it came to typical daily use, I could usually count on the iPad to stick around for close to three days before needing a trip to a power outlet.

While I'm personally a little bummed that Apple didn't use a more modern chipset, the overall performance feels sufficient for most people. There's enough headroom to make work and play pretty comfortable, and since this is the kind of tablet that'll probably be used by kids and adults for web browsing and media playback, I don't have much to complain about.

It's a fact of the industry that tablets aren't as big a deal as they used to be, but there are handful of alternatives to consider. Samsung's Galaxy Tab S5e is probably the 2019 iPad's closest competitor, and it packs a beautiful, 10-inch Super AMOLED screen and a midrange Snapdragon 670 chipset and runs Android Pie. Samsung gets points for using a punchier display here, not to mention embracing a more modern design with smaller bezels. Still, considering its $400 price and the relatively disappointing state of Android tablet apps, it's not as easy to recommend as the iPad.

Amazon also has a new 10-inch tablet of its own, but it's not exactly fair to compare it to the iPad. The Fire HD 10 costs $149 and has low-end specs to match. If you have the money to spend, the iPad is the more capable option. 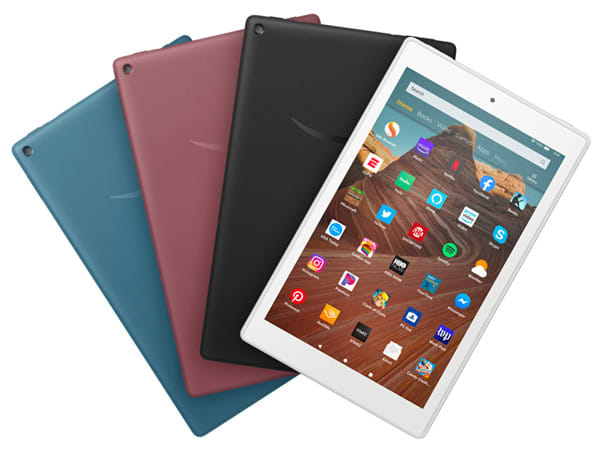 Strangely, the iPad's biggest competition this year is... a handful of other iPads. If you were considering picking up a 128GB model, that will set you back $429. At that point, though, you're faced with another question: If you're going to spend that much, should you spring for a 128GB iPad or a 64GB iPad Air? Long story short, if you feel like you need a little extra oomph, a little more horsepower, the Air is the safer choice -- unless you're into the idea of a more portable tablet, in which case the new, more powerful iPad mini might be the way to go.

iPad fans in particular are spoiled for choice at the moment, and I'm never going to complain about having more options. That said, picking out an iPad -- a device you're probably going to use for at least a couple of years -- isn't as straightforward as it used to be. The lines dividing these tablets are getting blurrier, and honestly, anyone who needs more than the essentials might be better off saving up for the Air.

The 2019 iPad packs a bigger screen and some new flourishes, but at its core, it's still a device focused on delivering the basics. That's not a bad thing though: Anyone who needs a solid tablet for streaming, some light gaming and maybe a bit of work will find a lot to like here. Ditto for parents considering giving their kids a capable tablet for homework and play. I don't agree with every decision Apple made here, but the overall formula is still strong enough that the 2019 iPad is a solid buy for shoppers on a budget, especially if you haven't invested in a new tablet in years.