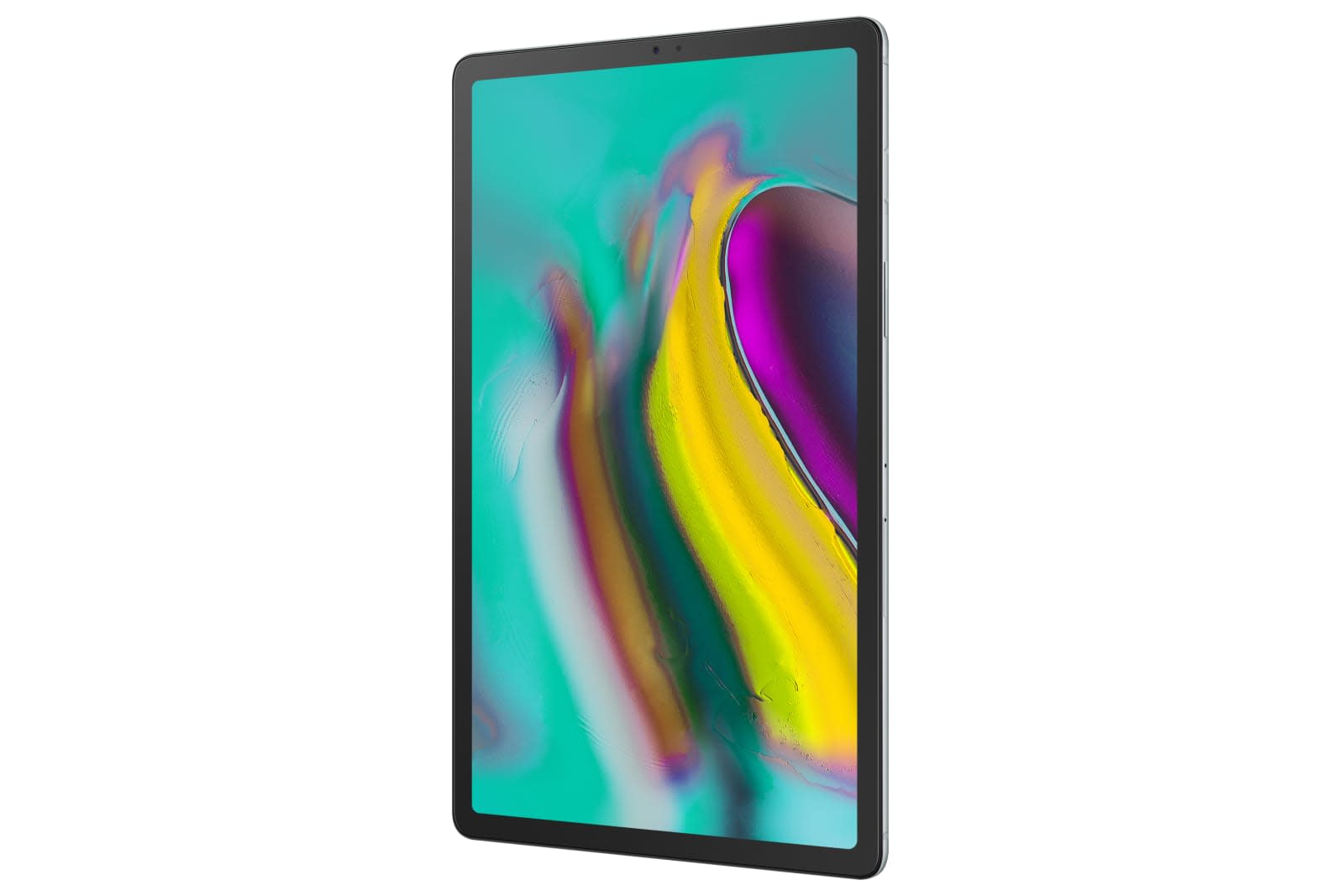 Samsung has a surprise product announcement today, but it's not the flagship phone we've been dying to hear about. Instead, the company is unveiling a new tablet -- the Tab S5e. It's a 10-inch Android 9 Pie device that the company says is its thinnest, lightest slate yet, coming in at just 5.1mm and 400 grams (or about 14 ounces). Plus, it's the first tablet with Bixby 2.0 built in, so you can use the voice assistant to control your compatible Samsung or SmartThings appliances.

Samsung is also introducing an interesting new feature it's named Call & Message Continuity that lets you make and receive your phone's calls and texts on the tablet. Throw in support for the company's DeX multitasking software, a Super AMOLED screen and four AKG-tuned speakers, and the Tab S5e has a lot to offer for its $400 price.

In this article: AndroidTablet, gadgetry, gadgets, galaxytabs5e, gear, samsung, samsunggalaxytabs5e, tablet, tabs5e
All products recommended by Engadget are selected by our editorial team, independent of our parent company. Some of our stories include affiliate links. If you buy something through one of these links, we may earn an affiliate commission.