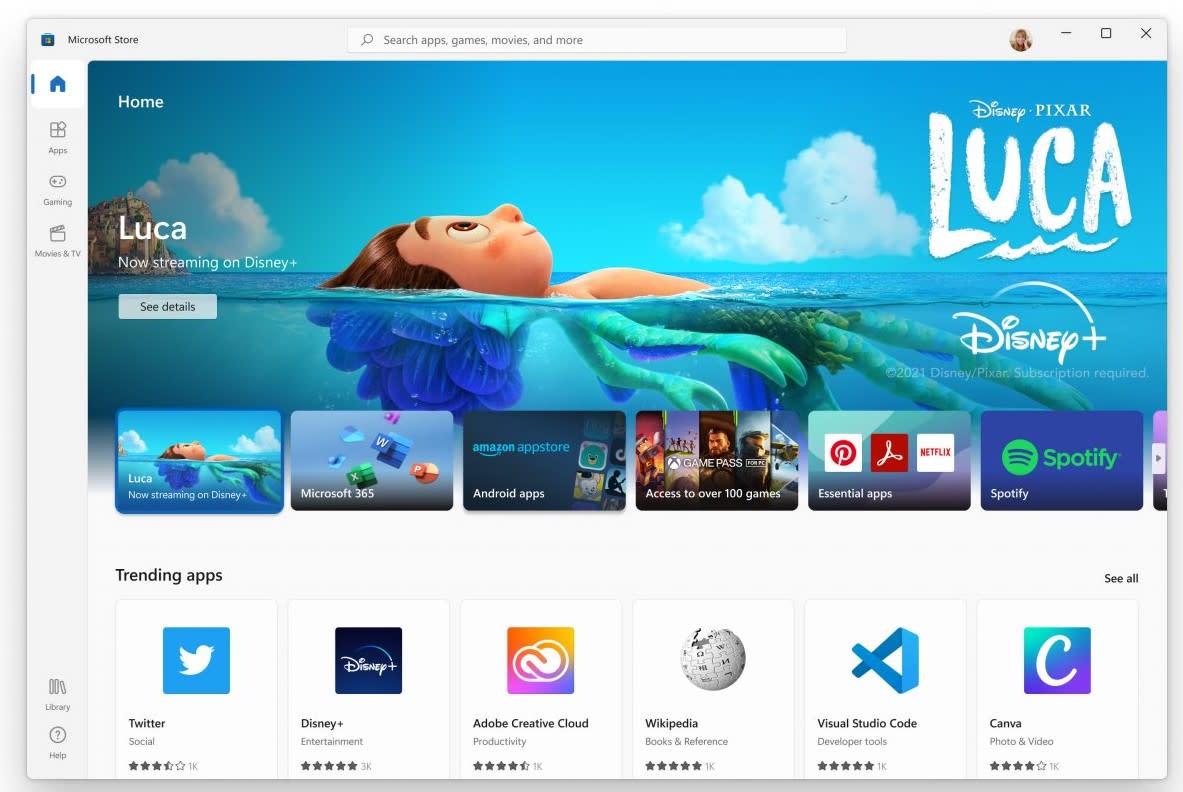 Microsoft Store is getting a much-needed overhaul for Windows 11

Microsoft won't take a cut of in-app purchases if developers use their own payment systems.

The Microsoft Store is getting a major redesign for Windows 11, with Microsoft rebuilding it from the ground up. the store will have a much-needed visual overhaul with a look that falls in line with the modernized Windows 11 aesthetic. Along with updated icons and different layouts, you can expect to see sleeker animations. Android apps are coming to the store too.

Microsoft is bringing its own apps to the store, such as 365, Teams, Visual Studio and even Notepad. Other apps that are on the way include Adobe Creative Cloud, Disney+, TikTok and Zoom. The entertainment tab, meanwhile, features movies and TV shows from across various streaming services for easy access.

The store will feature stories and "rich editorial content" to help with discoverability. When you click a Microsoft Store download link on a web page, the store will pop up to handle the app install.

Microsoft announced some important changes for developers. Starting on July 28th, they can use their own payments system or a third-party one to handle in-app purchases. If they do so, they'll keep all of the revenue as Microsoft won't take a cut of those transactions. That's a major shot against the likes of Apple's App Store, which takes up to a 30 percent cut of in-app payments. This won't apply to PC games, however.

Developers will also have more control when it comes to rolling out patches, and they'll no longer have to format Microsoft Store apps in the MSIX format — a Java package or a plain ol' .EXE should do the trick. Progressive web apps are also welcome. So, it'll be much easier for developers to publish their apps on the store.

An early preview of the new-look Microsoft Store will be included in an upcoming Windows Insider build. Word of the redesign first emerged in April.

Update 6/24 2:09PM ET: Noting that the option for developers to use their own payments system doesn't apply to PC games.