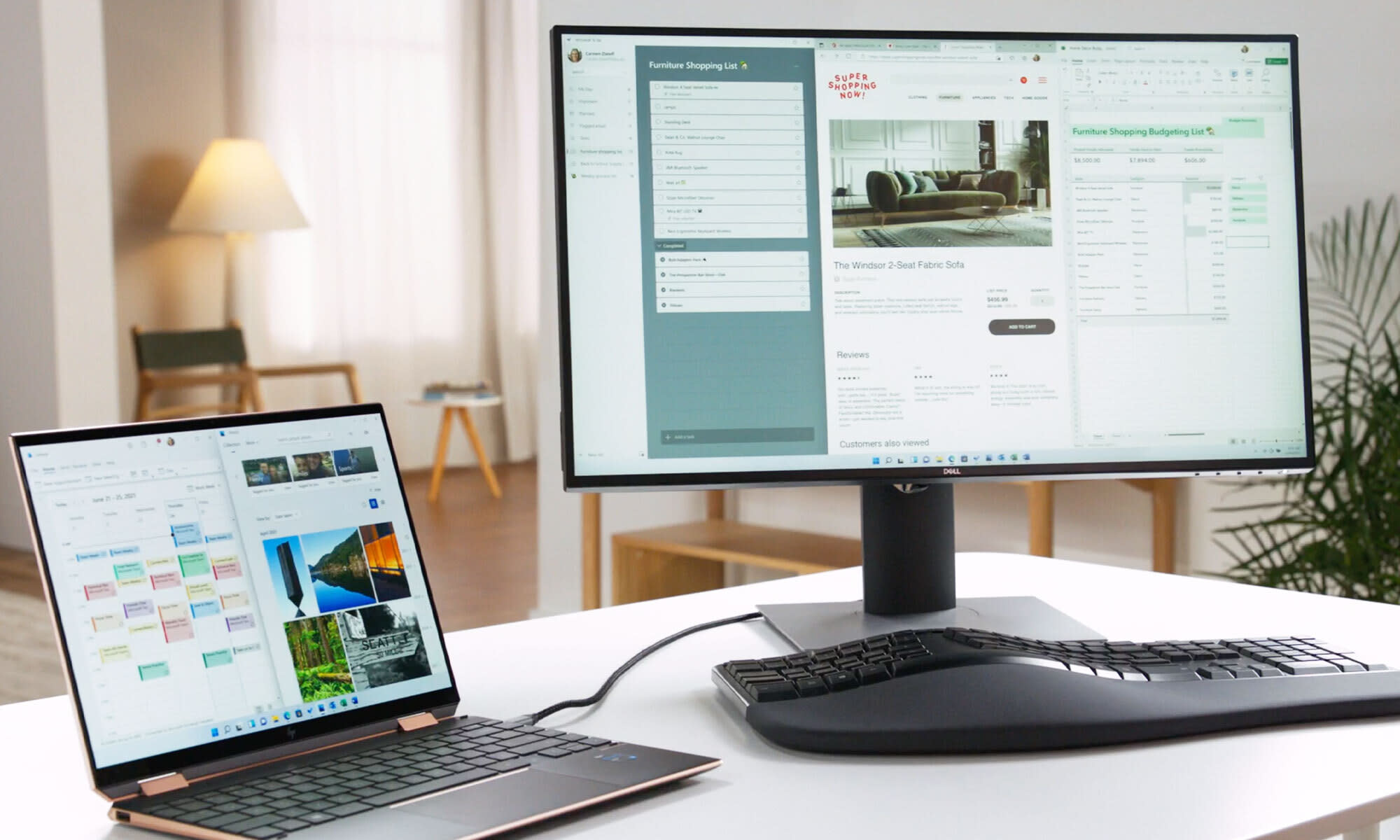 It's a small step forward from Windows 10.

A messy (but surprisingly stable) leak probably wasn't the way Microsoft wanted to introduce the world to Windows 11, but that didn't stop the company from launching its new OS today with a ton of fanfare. After all, a new version of Windows doesn't come around very often, right? So here's what's up with Windows 11: Like we saw in the leaked build, it's clearly evolving everything we saw in Windows 10. But there's an extra sheen of polish that's nice to see after spending six years with the last version. The new OS will be a free upgrade for Windows 10 users and start rolling out "this holiday".

And yes, the centered task bar we saw last week is still, well, front and center. For many users, I'd imagine it'd be a somewhat disconcerting change to break a tradition that started with Windows 95. But after playing with the beta build for over a week now, it's a change I've come to appreciate. (You can also push the taskbar back to the left side of the screen if it really bugs you.) From everything we've seen so far, it still looks like you can't choose to have labels show up on the task bar either, so it's all icons moving forward.

Personally, I'm more interested in seeing how Windows users feel about the revamped Start menu. The last time Microsoft tried to change that up with the full-screen Start page in Windows 8, it sparked a massive user revolt. Windows 11's version isn't as dramatic a change, but it'll still require some learning.

One new addition is Snap Groups, collections of apps that you can easily access together on the task bar. That's a smart step forward, since few of us just use one app at a time. I could see whipping together a Snap Group with Slack, Evernote and Chrome to handle my usual workflow. You can also look forward to web-based widgets, which brings up quick bites of information, like the local weather and your calendar, all at a glance.

There's also exciting news for multi-monitor Windows users: Windows 11 can finally juggle apps across multiple displays without wreaking havoc on your workflow. If you disconnect an external monitor from your laptop, all of the apps from that secondary screen will just be minimized. And during the presentation today, we also saw how the OS can remember exactly where you place specific windows. Hopefully, that means you can quickly get back to work after rebooting or changing resolutions (something gamers do fairly often).

One thing we didn't see in the Windows 11 leak was how it would improve the tablet PC experience. The final version of the OS seems to have some nifty upgrades, like larger touch targets so you can more easily resize apps. There's also a reworked touchscreen keyboard, which sits in a corner of the screen for thumb typing. For simple typing, that'll be a lot more useful than the massive, full-screen touchscreen keyboard from Windows 10.

When it comes to gaming, Windows 11 will bring over the Auto HDR feature first seen on the Xbox Series X and S. (That was also tested on Windows 10.) Auto HDR will allow the OS to automatically apply more dynamic color and lighting to older games. Microsoft says over 1,000 games, including Rocket League and Doom 64, will support the feature on HDR displays. Similarly, the Direct Storage technology from the new Xbox consoles is also headed to Windows. That'll dramatically increase storage speeds, which will hopefully lead to faster loading times.

Just as we expected, Microsoft is also making it easier for developers to bring any kind of app over to the Microsoft Store, while also making it easier to navigate for users. During the launch event today, Microsoft Chief Product Officer Panos Panay said the store will accept Win32 apps, in addition to the standard UWP (Universal Windows Platform) software. Even better, he said that developers can keep all of the revenue they earn from third-party commerce platforms. That could put some pressure on Apple to loosen up restrictions on its own App Store.

To drive home the point about making it easier for developers to get their software on Windows (as well as efforts to make it more touch-friendly), Microsoft announced that it was adding support for Android apps. They should be eventually coming to the Microsoft Store, but you can also install them via the Amazon App Store as well.

Overall, Microsoft seems to be making a bigger push to make Windows 11 the center of your computing life. It'll have Microsoft Teams baked right in, something that'll make it easier to chat with your colleagues (but could also trigger more antitrust concerns from regulators). At the beginning of the presentation, Panay talked about how there's a certain level of comfort to our childhood homes, places we know practically by heart. Windows 11 doesn't change the Windows formula much, but for users who've been raised on PCs, it still feels like home.