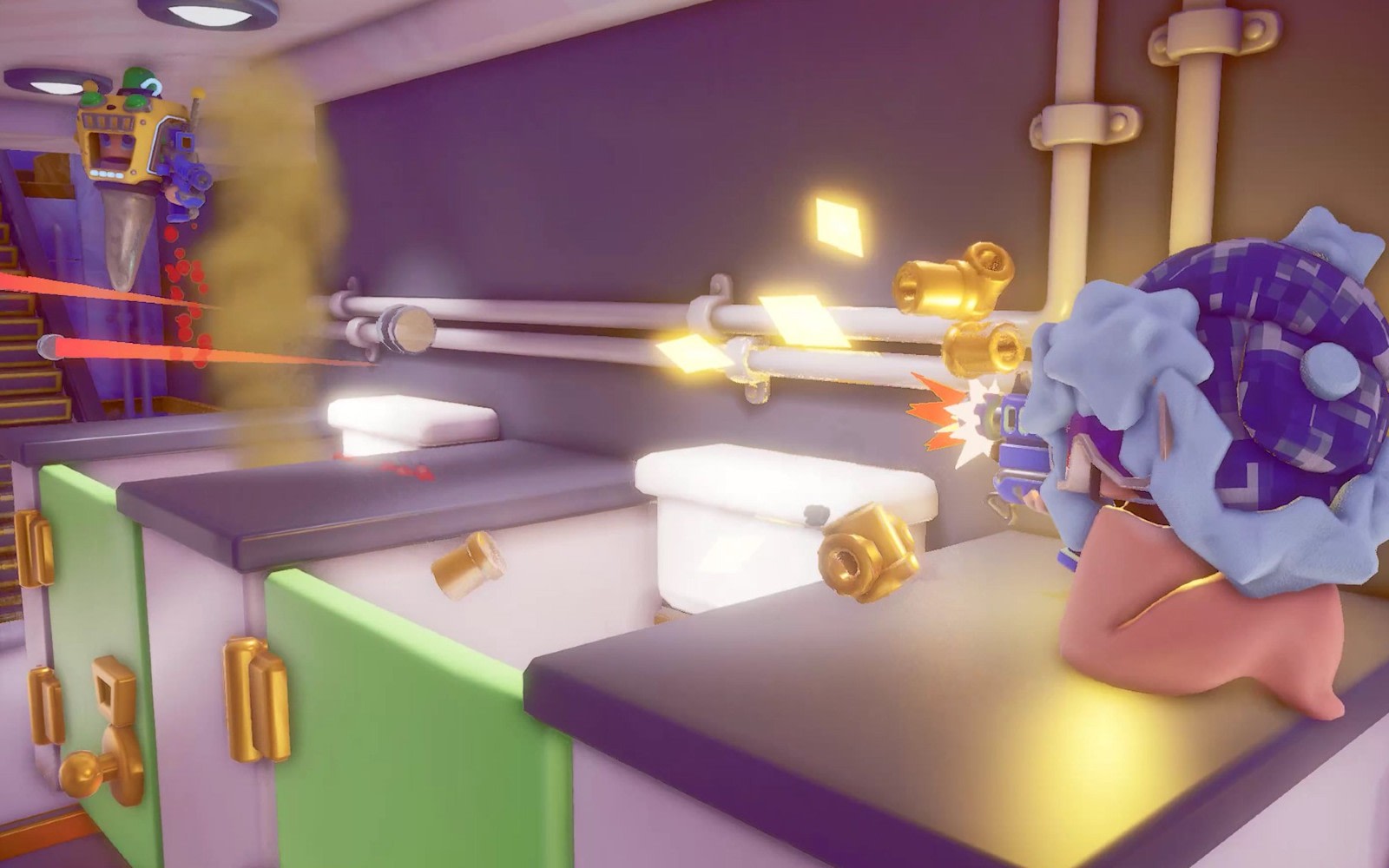 For a series that’s been around since 1995, Worms has fundamentally changed very little. Spin-offs aside, the series has always been about tactical turn-based battles. That’s about to change with Worms Rumble, the latest game in the franchise — introduced today as part of Sony's PlayStation Indies showcase.

Online games have changed significantly since 2016 when Worms W.M.D came out, and so Worms is adapting to those changes. As you might have guessed from its title, Worms Rumble will include a battle royale mode. You'll be able to queue either by yourself or as part of a team of three. As in other battle royale games, the arena will get smaller as the match progresses. When another player eliminates your worm in the solo queue mode, aptly named "Last Worm Standing," that's it: you can either stay and watch the match to its conclusion or queue for another game.

By contrast, In the Last Squad Standing mode, your teammates can revive your worm. For those who want a more traditional gameplay experience, they'll also be a deathmatch mode where you'll need to score as many eliminations as possible before the match ends.

There's another, more significant change in store for the franchise. For the time, battles will play out in real-time instead of on a turn by turn basis. According to producer Danny Martin, series developer Team17 had tweak the pace of the worms to accommodate the change to real-time. In past games, your soldiers would slowly shuffle around the battlefield. In Worms Rumble, they'll roll around, do wall jumps and dodge incoming projectiles. The catch is that doing so will drain a stamina bar that only recharges when you give your worms a chance to catch their breath. "It took a lot of balancing to get this feeling just right whilst making sure it felt fair for all players," Martin said.

In this article: Worms, video games, Team17, cross platform, PlayStation 5, PlayStation 4, Sony, news, gaming
All products recommended by Engadget are selected by our editorial team, independent of our parent company. Some of our stories include affiliate links. If you buy something through one of these links, we may earn an affiliate commission.