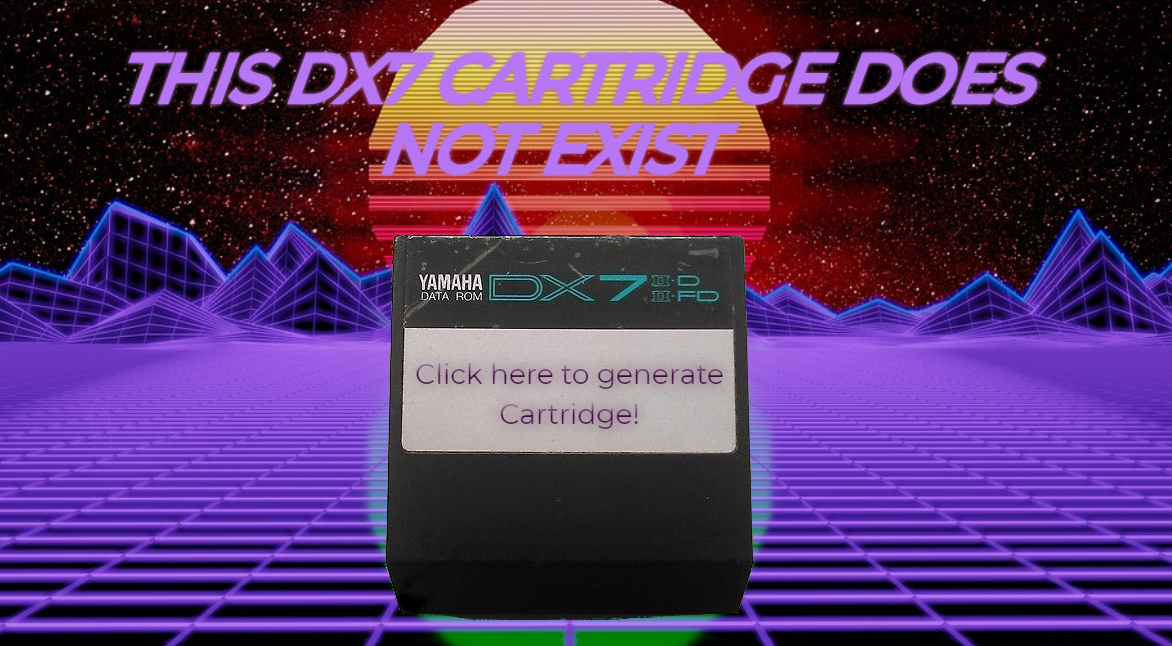 Image credit: This DX7 Cartridge Does Not Exist

Musicians in the 1980s had a love-hate relationship with Yamaha’s DX7 synthesizer. Its digital sound engine was unlike the analog synths that came before it, and created a unique timbre, but the thing was a beast to program. (Modern FM synths are substantially more manageable.) This led most users to simply stick with the presets. A new AI tool could help DX7 fans move beyond those basic sounds, though. This DX7 Cartridge Does Not Exist uses machine learning to generate new patches based on a sample pool of hand-crafted ones, and creates a file that can be loaded either onto a genuine unit or the popular Dexed emulator.

While the programming does mean that the generated patches will be randomized to an extent, the fact that they have a sample set to be modeled after should help in providing sounds that are actually usable. The site claims that it’s highly unlikely that any two patches will sound exactly the same. Hopefully it will enable musicians to move beyond the admittedly iconic electric piano and huge bass sounds of the synth, while still retaining its quirky hallmarks. It’s been nearly 40 years since the DX7 became a studio staple, but this tool could bring new life to an aged synth.

In this article: yamaha, dx7, yamaha dx7, fm synthesis, synths, synthesizer, ai, machine learning, news, gear
All products recommended by Engadget are selected by our editorial team, independent of our parent company. Some of our stories include affiliate links. If you buy something through one of these links, we may earn an affiliate commission.