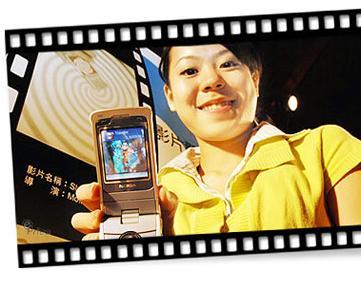 While it's no surprise that video on cellphone screens is quickly becoming the next hurrah, it's saying something when ole Robert Redford himself dedicates a new branch of the Sundance Film Festival specifically to the mobile audience. Teaming up with the GSM Association, Sundance Institute is creating the Sundance Film Festival: Global Short Film Project in order to showcase the popularity and credibility in delivering media to those wee screens. Organizers have commissioned "six independent filmmakers to create five short films, crafted exclusively for mobile distribution," and all will make their debut at the world's largest annual mobile event -- the 3GSM World Congress -- in Barcelona next year. Dubbed as "the fourth screen," there's certainly a lot of coin to be made by opening up a new medium to deliver content, but there's always TinyTube (or Orb) to keep your multimedia-playing mobile happy until Hollywood takes it over.

[Via Mobile Gadget News]
In this article: Culture, film, film festival, FilmFestival, flicks, gsma, mobile, movie, multimedia, robert redford, RobertRedford, sundance
All products recommended by Engadget are selected by our editorial team, independent of our parent company. Some of our stories include affiliate links. If you buy something through one of these links, we may earn an affiliate commission.
Share
Tweet
Share