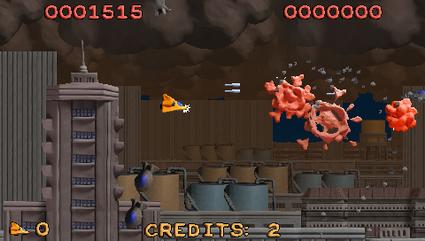 The popular mass-market game Platypus apparently has a long history of scandal. The original was created by the work of indie game developer Anthony Flack. Licensing company Idigicon seemingly exploited Flack's inexperience in the world of game publishing, and purchased all the rights to the game for chump change.

Now, publisher MumboJumbo returns with a remake/sequel of sorts for the PSP, and it appears that Anthony Flack has been completely ignored, even in the credits, although the game reuses many of the same gameplay mechanics and assets of the original PC game. He stated in the Indiegamer forum, "I thought I was through with this game making me feel bad, but to see a whole bunch of people listed in the credits but not me, the actual creator, just feels like a deliberate attempt to hurt me. And it does. Why would they do that? It's not like listing my name in the credits would have cost anybody anything."

In this article: anthony flack, AnthonyFlack, idigicon, indie gamer, IndieGamer, mumbo jumbo, MumboJumbo, platypus
All products recommended by Engadget are selected by our editorial team, independent of our parent company. Some of our stories include affiliate links. If you buy something through one of these links, we may earn an affiliate commission.
Share
Tweet
Share