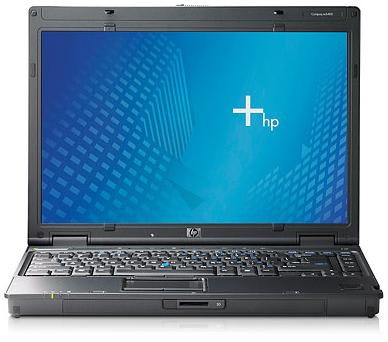 Built-in HSDPA isn't exactly a "must have" feature on laptops just yet, but it's getting there. Following Lenovo (not to mention the others) into the wild world of WWAN, the HSDPA-equipped nc6400 is HP's first endeavor into the 3G laptop realm. Teaming with Cingular, the firm has unveiled a nc6400 with "integrated UMTS / HSDPA connectivity," and also features your run-of-the-mill WiFi adapter and Bluetooth to boot. Although the machine touts Cingular compatibility, it will reportedly work with other EDGE networks as well, and apparently the specs on this otherwise ho hum business portable have remained the same. Weighing about 5.1-pounds, the Core 2 Duo-powered machine sports a 14.1-inch screen, 512MB of RAM, and a "starting price" of $1,599. Notably, HP states that current owners of the nc6400 can give their machine the HSDPA boost by adding an HP Broadband Wireless Module if you're down with the $59.99 monthly charge for unlimited domestic data, but folks looking to pick the new edition up have to wait until "late December."

[Via CNET]
In this article: 3g, bluetooth, bt, cingular, edge, hp, hsdpa, nc6400, notebook, UMTS, wifi, wwan
All products recommended by Engadget are selected by our editorial team, independent of our parent company. Some of our stories include affiliate links. If you buy something through one of these links, we may earn an affiliate commission.
Share
Tweet
Share