So long ATRAC, thanks for nothing 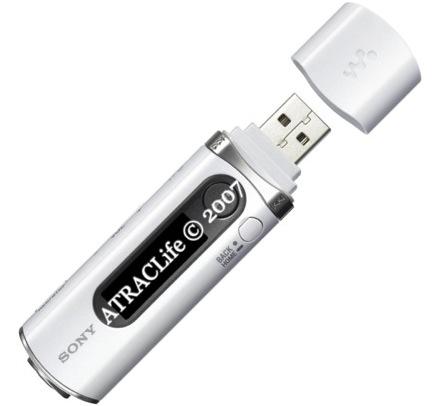 An interesting bit of news from the kids over at ATRACLife this morning. According to "trustworthy insiders," Sony is set to introduce another Walkman stick -- the B100 series -- which supports drag 'n drop music transfer... no SonicStage required. Perhaps oxymoronic considering the source, the player will not support Sony's MiniDisc era codec, ATRAC; a milestone in and of itself. Instead, the player touts MP3, non-DRM'd WMA, and presumably AAC like we've seen in the recent lineup of dedicated Walkman players and phones. The latter necessary to get your DRM-free EMI on (at least initially). The B100 series will ship sometime before May has sprung in 1, 2, and 4GB capacities with or without FM radios. Nice, now where's that nano killer?
In this article: atrac, b100, portable audio, portableaudio, sonic stage, SonicStage, sony, walkman
All products recommended by Engadget are selected by our editorial team, independent of our parent company. Some of our stories include affiliate links. If you buy something through one of these links, we may earn an affiliate commission.
Share
Tweet
Share