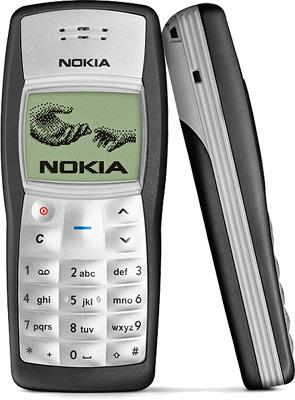 Sales records typically don't stand for too long without being overtaken by the next best thing, but somehow, Nokia's el cheapo 1100 handset has reportedly racked up "over 200 million sales" since it launched in 2003. You heard right, this low-end candybar has put the 100 million iPods, 50 million RAZRs, 10 million Chocolates, and 115 million PlayStation 2 consoles to shame in terms of sheer units moved. Interestingly enough, the design team that conjured up this cash cow originally dubbed it "Penny," and the stripped down, dust-proof mobile purportedly entered the market at precisely the right time to catch the booming overseas growth as folks worldwide began snapping up their own cellphone. Of course, such a basic, uninspiring phone isn't for everyone, but considering the 200 million strong that owned one sometime during their life, we'd say Nokia found a winner.

[Via Celularis, thanks Mariano]
In this article: 1100, 200 million, 200Million, best selling, BestSelling, business, cheap, industry, mobile, nokia, record, sales
All products recommended by Engadget are selected by our editorial team, independent of our parent company. Some of our stories include affiliate links. If you buy something through one of these links, we may earn an affiliate commission.
Share
Tweet
Share