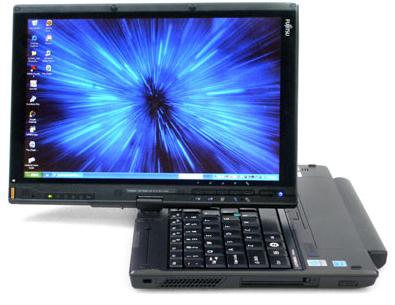 Thankfully, it didn't take too awfully long after Fujitsu's LifeBook T2010 got official before the folks over at PCMag were able to wrap their palms around the tablet and toss out their two pennies. Upon first opening this bad boy up, reviewers were stunned by the incredibly bright LED-backlit display, and while they seemed slightly bummed about the lack of an optical drive and the relatively weak processor, it was well-spec'd enough to handle the bulk of everyday tasks with ease. Overall, the crew was thrilled by the remarkable battery life and the beautiful screen (or did we already mention that?), but if you're still wondering exactly how this machine ended up with four out of five stars, be sure and hit the read link after you slip on those readin' glasses.
In this article: convertible, fujitsu, led-backlit, lifebook, review, t2010
All products recommended by Engadget are selected by our editorial team, independent of our parent company. Some of our stories include affiliate links. If you buy something through one of these links, we may earn an affiliate commission.
Share
Tweet
Share