New screening technology might detect terrorists before they act 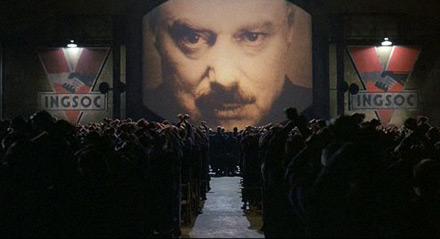 Computer and behavioral scientists at the University of Buffalo are developing a system that will allow authorities to track faces, voices, bodies and various other biometrical data to create a score for how likely an individual is to commit a terrorist act. Sound like the scariest Big Brother plot since China's ID card scheme? Well, rest assured, Winston Smith, the researchers only have your best interests in mind. "The goal is to identify the perpetrator in a security setting before he or she has the chance to carry out the attack," says Venu Govindaraju, professor of computer science and engineering at the university, who was recently awarded $800,000 by the National Science Foundation to create such a system. "We are developing a prototype that examines a video in a number of different security settings, automatically producing a single, integrated score of malfeasance likelihood," adding that the system will incorporate machine "learning" capabilities, which will allow it to adapt over time. "Human screeners have fatigue and bias, but the machine does not blink," the researcher said, just before remarking that he was late for an appointment at the Ministry of Truth.
In this article: learning computers, LearningComputers, security, surveillance, terrorism, terrorists, tracking, Venu Govindaraju, VenuGovindaraju, video tracking, VideoTracking
All products recommended by Engadget are selected by our editorial team, independent of our parent company. Some of our stories include affiliate links. If you buy something through one of these links, we may earn an affiliate commission.
Share
Tweet
Share