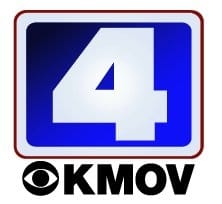 Apparently, love isn't the only game that requires a bit of give and take, as just months after Charter blessed its St. Louis, Missouri customers with two new sparkling HD channels (TNT-HD and MHD), the firm is now about to remove one. Charter Communications has reportedly hit a wall in discussions with Belo. Corp. (which owns KMOV) in regard to the fees that the station wishes to collect from Charter. Although Charter hasn't had any issues receiving permission from other locals to broadcast their HD signals, KMOV is playing hardball, suggesting that Charter pay up to compensate for the "value gained" by having the HD flavor of their station available to users. Of course, the cable company complains that charging for signals that can be received over the air gratis is absurd, and neither party seems to be budging just yet. St. Louis Charter subscribers could lose the signal "as early as tomorrow" unless any band-aids get applied today, but either way, you'll soon be receiving a letter in the mail explaining why there's a sudden black hole where KMOV used to be if things aren't permanently resolved.

In this article: agreement, battle, cable, cbs, channel, charter, conflict, dispute, hd, locals, lose, ota, remove, removed, st. louis, St.Louis, stl
All products recommended by Engadget are selected by our editorial team, independent of our parent company. Some of our stories include affiliate links. If you buy something through one of these links, we may earn an affiliate commission.
Share
Tweet
Share
Save