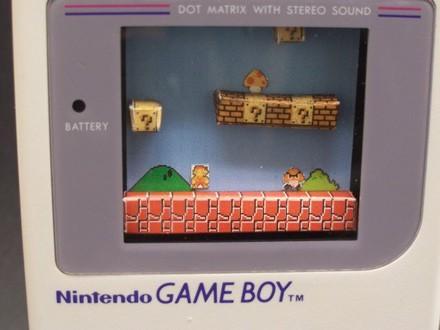 Call us crazy (or just packrats, whatever), but we can't just toss a dead gadget in good conscience. Apparently, neither can Josh Burker, who decided to convert a busted Game Boy into a beautiful piece of vintage art. Similar to the playable Paper Mario game we spotted about this time last month, Mr. Burker used his papercraft skills to whip up a familiar scene of Super Mario Bros. and mount it within the space where the display used to reside. Gunpei Yokoi would be so proud.

[Via DSFanboy]
In this article: diy, game boy, GameBoy, hack, mario, mod, nintendo, paper, papercraft
All products recommended by Engadget are selected by our editorial team, independent of our parent company. Some of our stories include affiliate links. If you buy something through one of these links, we may earn an affiliate commission.
Share
Tweet
Share