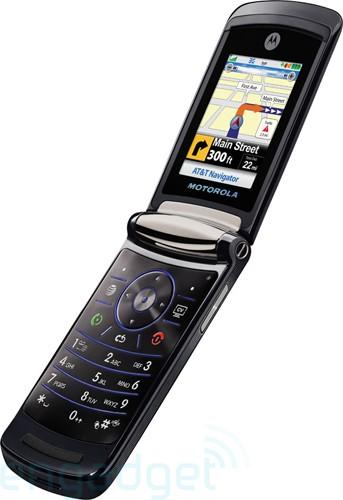 Shoot, all Motorola had to do was change from pink mahogany to this nice, normal, compliant shade of black, and that would've been enough of an update to justify a model name change. There's more, though: the V9x will officially offer AT&T Navigator, the Telenav-powered navigation system already found on the Z9, and we can see from these press shots that it'll even work on the secondary display, which is pretty trick. This appears to be the same update that we'd originally heard would drop way back in January, which means we can likely expect Video Share support as well. Check 'er out! 8
In this article: atandt, att, clamshell, edge, flip, gsm, hsdpa, mobile, moto, motorola, umts, v9x
All products recommended by Engadget are selected by our editorial team, independent of our parent company. Some of our stories include affiliate links. If you buy something through one of these links, we may earn an affiliate commission.
Share
Tweet
Share