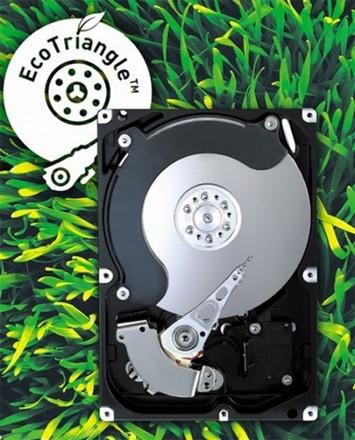 While it's still not nearly as capacious as Western Digital's latest green hard drive, Samsung's 1.5TB EcoGreen F2EG is still plenty roomy for most. Of course, we're still trying to decide if both "Eco" and "Green" were really necessary in the model name, but we digress. The drive sports 500GB per platter, and reportedly, it sucks down less power (around 40 percent less, in fact) than most HDDs thanks to the awesomely named EcoTriangle technology. Check it right this second for a buck forty-nine.

[Via Physorg]
In this article: 1.5TB, ecogreen, F2EG, hard drive, HardDrive, HDD, samsung
All products recommended by Engadget are selected by our editorial team, independent of our parent company. Some of our stories include affiliate links. If you buy something through one of these links, we may earn an affiliate commission.
Share
Tweet
Share