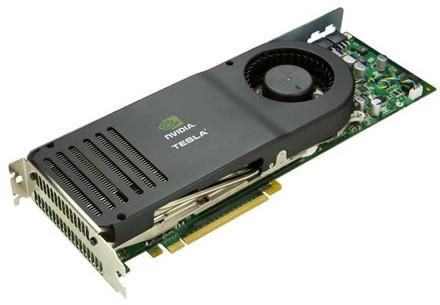 NVIDIA's been dabbling in the CPU space behind closed doors for years now, but with Intel finally making a serious push into the GPU realm, it's about time the firm got serious with bringing the goods. BSN has it that the company's next-generation GT300 will be fundamentally different than the GT200 -- in fact, it's being hailed as the "first truly new architecture since SIMD (Single-Instruction Multiple Data) units first appeared in graphical processors." Beyond this, the technobabble runs deep, but the long and short of it is this: NVIDIA could be right on the cusp of delivering a single chip that can handle tasks that were typically separated for the CPU and GPU, and we needn't tell you just how much your life could change should it become a reality. Now, if only NVIDIA would come clean and lift away some of this fog surrounding it (and the rumored GTX 380), that'd be just swell.

[Thanks, Musouka]
In this article: cGPU, cpu, cuda, geforce, gpgpu, gps, GPU Computing, GpuComputing, graphics, graphics card, GraphicsCard, GT200, GT300, GTX 380, Gtx380, hal, nvidia, processor, Quadro, SIMD, Tegra, Tesla
All products recommended by Engadget are selected by our editorial team, independent of our parent company. Some of our stories include affiliate links. If you buy something through one of these links, we may earn an affiliate commission.
Share
Tweet
Share