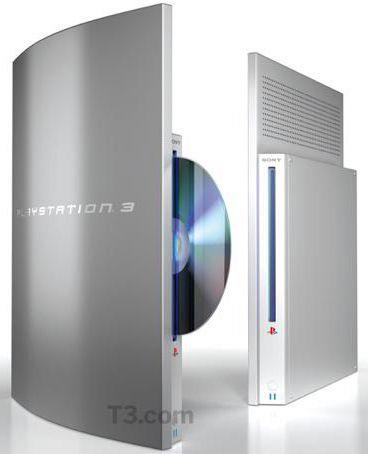 Rumors of some sort of Sony announcement at E3 have been floating around for a couple weeks now, and it certainly seems like something's afoot -- hot on the heels of that officially non-existent white US DualShock 3 appearing this morning, we're hearing that a revised PS3 is in the works. It's not clear exactly what's going down, but the hot whispers right now say that it's the long-rumored slimmed-down redesign of the current console, not just a color change or storage bump. That makes a certain amount of sense, given the endless chatter of a price cut and Sir Howard Stringer's recent comments about the system being too expensive -- a trimmed-up redesign is right on schedule with those smaller Cell and RSX chips, and it could still possibly include some of that rumored motion-sensing hardware while driving down costs. On the other hand, after all this speculation and hype it would be a total Sony move to just pump out the same machine in a different color with maybe a new pack-in game, so we're not holding our breath. Let's say we're, oh, "cautiously optimistic." That work for you?

Update: Sony UK is currently denying the rumor with a curt "We currently don't have any plans for a redesigned PS3 at this time." Okay -- but what else would you expect them to say?

[Via I4U News; image courtesy of T3]
In this article: e3, e3 2009, E32009, play station, PlayStation, playstation 3, playstation3, ps3, rumor, rumors, sony
All products recommended by Engadget are selected by our editorial team, independent of our parent company. Some of our stories include affiliate links. If you buy something through one of these links, we may earn an affiliate commission.
Share
Tweet
Share