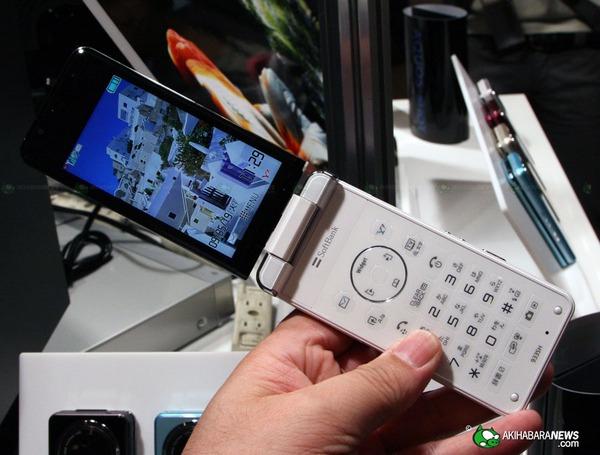 It's debatable whether anyone really needs a 10 megapixel cameraphone with a maximum ISO setting of 12800, but plenty of people (ourselves included) really want one, so we're coveting these new pics of Sharp's Aquos 933SH, which also sports a 3.3-inch VGA LCD, 16GB of internal storage, and a "cheese focus" setting that guarantees that your friends' faces and not their fondues will be in focus at your next party. Also handled by Akihabara News is the Miruno 934SH, another high-end model with a more feminine marketing angle that somehow gets by with just eight megapixels on tap, but adds in all sorts of fun (and vaguely demeaning) applications, like a palm reader and a kitchen timer, and is even waterproof so that bath time doesn't have to interrupt gab time. Unsurprisingly there's still no mention of an American release, so don't give up that bathroom speakerphone just yet.

Read - Aquos Shot 933SH Hands-on
Read - Miruno 934SH Hands-on
In this article: 10 megapixel, 10Megapixel, 933sh, 934sh, aquos, cameraphone, cheese focus, CheeseFocus, miruno, sharp, sharp aquos 933sh, sharp miruno 934sh, SharpAquos933sh, SharpMiruno934sh
All products recommended by Engadget are selected by our editorial team, independent of our parent company. Some of our stories include affiliate links. If you buy something through one of these links, we may earn an affiliate commission.
Share
Tweet
Share