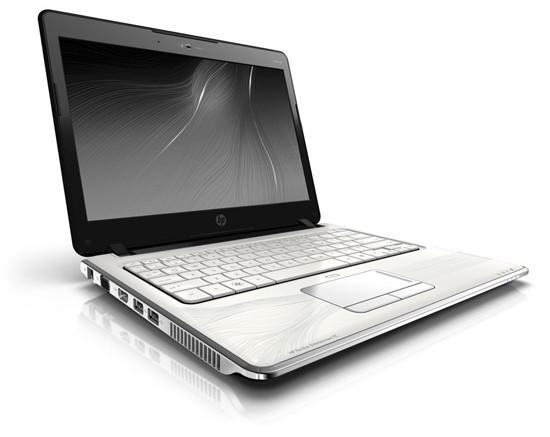 Well, well -- what have we here? HP's newly unveiled Pavilion dv2z just so happens to have a bit of fresh silicon within, as AMD's latest Neo chips are front and center in the configuration options. The thin-and-light machine can be ordered with single- or dual-core AMD Athlon Neo and Turion Neo dual-core processors, and if you're looking for specifics, you'll find the new 1.6GHz Athlon Neo X2 L335 and 1.6GHz Turion Neo X2 L625. Other specs on the 12.1-incher include a LED-backlit WXGA panel, optional Blu-ray drive, discrete ATI Radeon graphics, up to 500GB of HDD space, a built-in webcam, WiFi, optional WWAN (Verizon, Sprint or AT&T) and a 6-cell battery. It's up for order right now starting at $599.99, but if you're looking to leave that aged Neo MV-40 behind, you'll have to pony up a bit more than that. Full release is after the break. Unveiled at CES 2009, the dv2z provides consumers with uncompromised performance and a rich-entertainment experience in a thin and light design at a great value. The dv2z measures just under 1-inch thin and weighs 3.81 pounds(1), making it easy to carry in any backpack or bag. It also features a 12.1-inch diagonal LED BrightView display that is mercury free, while the notebook is ENERGY STAR® qualified and EPEAT® Silver registered. Its nearly full-size keyboard provides a comfortable computing experience. The magnesium-aluminum alloy case offers lightweight durability and HP ProtectSmart prevents hard drive data loss that can occur when notebooks are jarred or dropped.

The dv2z takes entertainment to new levels of enjoyment. Powerful discrete graphics and an optional Blu-ray drive(2) provide a true high-definition entertainment experience which can be displayed on an HDTV(3) via the HDMI port. SRS Premium Sound pours through Altec Lansing speakers delivering immersive audio. HP MediaSmart software lets consumers enjoy their photos, music, Internet TV(4) and video in an easy-to-use application. And hard drive options up to 500 gigabytes(5) provide plenty of room for digital media and data.

A full range of connectivity options make it easy for consumers to work and play while on the go. The dv2z features optional mobile broadband with Gobi(6), the first built-in 3G modem which allows consumers to connect to multiple cellular networks using a single, embedded device. A built-in Webcam(7) and dual-array microphone makes it easy to stay in touch with friends and family. Consumers also have a choice of graphic options which include the ATI Mobility Radeon™ HD3410 discrete graphics for enhanced HD video experience or the ATI Mobility Radeon X1250 integrated graphics for longer battery life. New AMD dual-core processors(8) provide power for listening to music, viewing photos and conducting computing activities while running up to 5 hours on battery.