After bigger, thinner and brighter, Samsung planning even faster LCDs for IFA 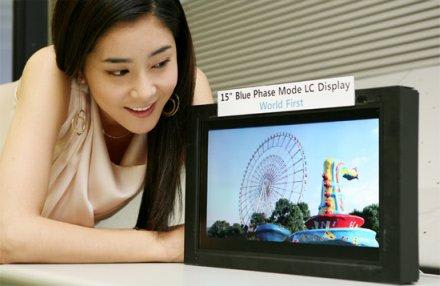 The jury is still out on whether 200 / 240hz motion technology (last year's prototype pictured above) provided an appreciable difference but that won't stop Samsung from bringing 400 / 480hz (PAL / NTSC standards) LCD HDTVs to IFA 2009 next month. This is the second time we've heard rumors of a spec bump in motion technology, using black frame insertion instead of more complicated (& expensive) tech to create new frames from existing ones. LG has already demo'd its 480hz LCDs and the two will surely race to get a bigger number on store shelves, but we'll need an eye-on before determining if it's an upgrade worth waiting for.

[Via GadgetCrave]
In this article: 400, 400 hz, 400Hz, 480, 480 hz, 480Hz, frame insertion, FrameInsertion, hd, ifa, ifa 2009, Ifa2009, lcd, motion processing, MotionProcessing, samsung
All products recommended by Engadget are selected by our editorial team, independent of our parent company. Some of our stories include affiliate links. If you buy something through one of these links, we may earn an affiliate commission.
Share
Tweet
Share