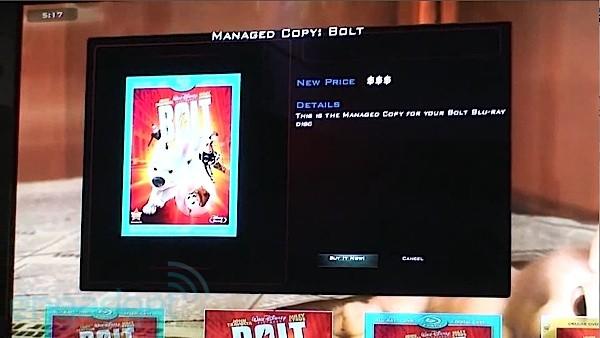 It isn't often that we specifically call out another site for writing things that are just not true, but this one we can't let go. In an article about Blu-ray's Managed Copy, Ars Technica's Nate Anderson posts that Blu-ray's Managed Copy is a "stinker" because you might have to pay to make a copy and claims that the HD DVD version was better because it was free. Other than the fact that this is just not true, the part that really struck out to us was that he linked back to the Ars archive to support his statement, but must've missed the part of the source that states "No, as Jordi Rebbas told me, studios have to offer managed copy, but they have the option of charging for it." Lucky for us, both Intel and Microsoft exposed the real difference in Managed Copy between the two formats, which was that initially on Blu-ray the studios could choose whether or not each title was copyable, so in other words it wasn't mandatory. The BDA eventually caved and as we've said before, Managed Copy on Blu-ray is mandatory. Another related note is that Managed Copy was never implemented on HD DVD either, as it was also dependent on the finalization of AACS, but what was different was that the Discs did contain data that pointed to what was expected to become authentication servers. So in theory, if the format would've survived, even the initial Discs would've been copyable when it was implemented. Of course we'll never get to find out if it would've worked, but at least they did plan ahead a little, which is more than you can say for Blu-ray.
In this article: blu ray, Blu-ray, bluray, hd, HD DVD, HdDvd, Managed Copy, ManagedCopy, Mandatory Managed Copy, MandatoryManagedCopy
All products recommended by Engadget are selected by our editorial team, independent of our parent company. Some of our stories include affiliate links. If you buy something through one of these links, we may earn an affiliate commission.
Share
Tweet
Share