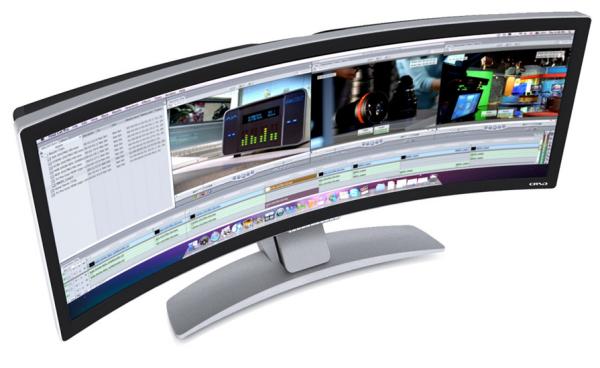 We first saw Ostendo's crazy CRVD monitor at CES 2008 with Alienware branding, and then again at Macworld 2009 with an NEC label, but it looks like those were just flirtations: the monster 2880 x 900 quad-DLP display has been quietly on sale directly from the mothership since late August. Ostendo tell us most of the units sold have been for defense simulation and training, but there are apparently some gamers out there hardcore enough to stomach the $6,499 price tag -- including a few who've purchased multiple units. We're also told that multi-monitor CRVD applications are forthcoming, which sounds insane -- and is even wilder on video. Check it after the break.

In this article: crvd, crvd display, CrvdDisplay, curved, curved display, curved monitor, CurvedDisplay, CurvedMonitor, display, dlp, monitor, ostendo, ostendotech
All products recommended by Engadget are selected by our editorial team, independent of our parent company. Some of our stories include affiliate links. If you buy something through one of these links, we may earn an affiliate commission.
Share
Tweet
Share