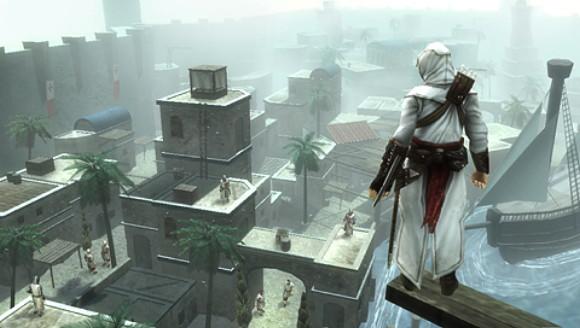 "Yes, there was an issue with the original download," a Sony Europe spokesperson has told Eurogamer. Said issue, which rendered PAL digital copies of Assassin's Creed: Bloodlines dead on arrival, was rectified by replacing the PSP file on the European PlayStation store -- though this came at a cost to those who had already been greeted by the defective copy's never-ending loading screen. According to the spokesperson, "It was pulled from the store and we are issuing replacement codes for those people who purchased the content before 12PM GMT on November 20."

Developed by Griptonite Games, Bloodlines follows the protagonist of 2007's Assassin's Creed, complete with 3D free-running and an Altair native control scheme.
In this article: altair, assassins-creed, assassins-creed-bloodlines, europe, playstation-store, psn, scee, sony, Sony-Computer-Entertainment-Europe, ubisoft
All products recommended by Engadget are selected by our editorial team, independent of our parent company. Some of our stories include affiliate links. If you buy something through one of these links, we may earn an affiliate commission.
Share
Tweet
Share