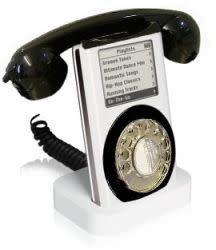 O iPhone3,1, where art thou? Last time we spotted that signature, it was buried in lines of code as part of a beta OS 3.0 firmware build. Now according to data from analytics software inside iBART, the San Francisco-centric transportation app has been host to a new visitor with the aforementioned device identification number. As MacRumors points out, iPhone2,1 was originally spotted in October 2008 and later became the iPhone 3GS about eight months later. Not that it's necessarily the case Apple will keep to the same schedule -- nor should it come as a surprise that the company's maybe-kinda-sorta looking into a successor to its prized moneymaker -- but if you happen to be in the Bay Area and see someone quietly pulling out a sleek touchscreen, it might be in your best interest to make friends.

In this article: 1, analytics, apple, customer usage, customer use, CustomerUsage, CustomerUse, i bart, IBart, iphone, iphone 3, iphone 3 1, Iphone3, Iphone31, pinch media, PinchMedia, rumor, rumors, usage
All products recommended by Engadget are selected by our editorial team, independent of our parent company. Some of our stories include affiliate links. If you buy something through one of these links, we may earn an affiliate commission.
Share
Tweet
Share