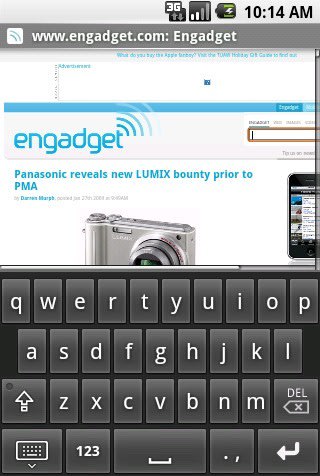 Well, after weeks of speculations and false alarms, it looks like T-Mobile's officially saying the "Cupcake" Android update will hit the G1 sometime next month. That's at least the word according to the T-Mo spokeperson Pocket-lint got hold of -- who went out of his way to disclaim any connection with the upcoming launch of the HTC Magic. In any event, we're hoping all this bake time has fixed some of those bugs and lag problems, but we'll see in a few weeks.

[Via Talk Android]
In this article: android, cupcake, g1, t-mobile, tmo, tmobile
All products recommended by Engadget are selected by our editorial team, independent of our parent company. Some of our stories include affiliate links. If you buy something through one of these links, we may earn an affiliate commission.
Share
Tweet
Share