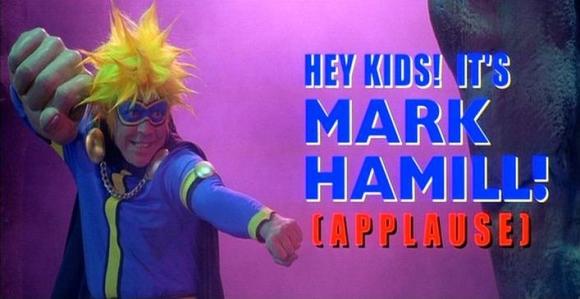 Mark Hamill has made a name for himself over the years with his game work, with high-profile roles in games like Full Throttle and Wing Commander 3. Not to mention his legendary performance as the Joker in Batman: The Animated Series, which he reprised for Arkham Asylum. But Mark Hamill already had a name, and it was "Luke Skywalker."

An interview with CVG suggests that the move was intentional. Hamill described the attitudes he faced when he started working in games. "I'm sure there's a range of opinions, from 'You're slumming it', or 'Can't you get more legitimate work?'," he said. "But that snobbishness comes with the business." He relished the opportunity to merge his animation and game careers with a return to Joker's smarmy mania. "I thought this will be one last chance to play Joker. And it was so much fun to play a character who is clearly insane."

Here's a surprise: the reason Hamill hasn't performed Luke Skywalker's voice in one of about a million Star Wars games isn't because he's not interested in reprising the role (though he isn't): nobody ever asked him to. How has that never happened? So many games have been made based on the three movies that an established video game voice actor starred in, and it just never came up?

In this article: actor, batman-arkham-asylum, mark-hamill, voice-acting, voice-actor
All products recommended by Engadget are selected by our editorial team, independent of our parent company. Some of our stories include affiliate links. If you buy something through one of these links, we may earn an affiliate commission.
Share
Tweet
Share