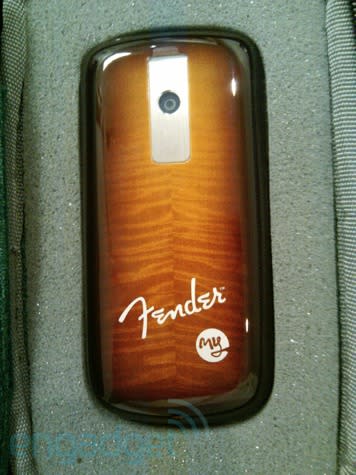 A lot's happened since T-Mobile first announced the myTouch 3G Fender Limited Edition, but if you're looking for last-gen Android hardware in the sweetest case around, your wait is almost up: test units are going our to T-Mobile reps, and that formal launch will occur on January 20th. No word on pricing, but we can't imagine it'll be cheaper than the current myTouch 3G, especially since it adds a much-needed 3.5mm headphone jack and has that fancy woodgrain finish, bundled 16GB microSD card, and preloaded music. Yeah, we'll still take the Nexus One, although we'd bet the myTouch 3G actually has... 3G.

Gallery: T-Mobile Fender MyTouch 3G in the wild, due for launch January 20 | 5 Photos 5
In this article: android, fender, fender mytouch, fender mytouch 3g, FenderMytouch, FenderMytouch3g, htc, htc magic, HtcMagic, in the wild, InTheWild, leak, leaks, magic, mytouch, mytouch 3g, mytouch 3g fender limited edition, Mytouch3g, Mytouch3gFenderLimitedEdition, t-mobile
All products recommended by Engadget are selected by our editorial team, independent of our parent company. Some of our stories include affiliate links. If you buy something through one of these links, we may earn an affiliate commission.
Share
Tweet
Share