Macmillan's US CEO, John Sargent just confirmed that Amazon pulled its inventory of Macmillan books in a powerful response to Macmillan's new pricing demands. Macmillan offered the new pricing on Thursday, just a day after Apple announced Macmillan as a major publishing partner in its new iBookstore -- a revelation that certainly factored into the discussions along with Skiff and other emerging e-book distribution and publishing models. During the meeting with Amazon in Seattle, Sargent outlined what he calls an "agency model" that will go into effect in early March. Under the terms offered, if Amazon chose to stay with its existing terms of sale then it would suffer "extensive and deep windowing of titles." Amazon's hardball response was to pull all of Macmillan's titles from its Kindle site and Amazon.com by the time Sargent arrived back in New York.

Macmillan claims that its new model is meant to keep retailers, publishers, and authors profitable in the emerging electronic frontier while encouraging competition amongst new devices and new stores. It gives retailers a 30% commission and sets the price for each book individually: digital editions of most adult trade books will be priced from $5.99 to $14.99 while first releases will "almost always" hit the electronic shelves day on date with the physical hardcover release and be priced between $12.99 and $14.99 -- pricing that will be dynamic over time. So when Steve Jobs said that Apple's and Amazon's prices would be the same, he was almost certainly referring to the $12.99 to $14.99 e-book pricing originally rumored by the New York Times -- not the $9.99 price that Amazon customers have been enjoying so far. Funny how Jobs, the man who once refused to grant the music labels' request for variable pricing on digital music so that Apple could maintain a low fixed $0.99 price per track, is suddenly the best friend of a new breed of content owners. Guess the old dog just learned a new trick, eh?

Update: Amazon has conceded, but not willfully. It has decided to give the consumer the option of paying too much for a bestseller, and frankly, that's the right thing to do. Let 'em vote with their wallets, we say. The full response is after the break.

Macmillan, one of the "big six" publishers, has clearly communicated to us that, regardless of our viewpoint, they are committed to switching to an agency model and charging $12.99 to $14.99 for e-book versions of bestsellers and most hardcover releases.

We have expressed our strong disagreement and the seriousness of our disagreement by temporarily ceasing the sale of all Macmillan titles. We want you to know that ultimately, however, we will have to capitulate and accept Macmillan's terms because Macmillan has a monopoly over their own titles, and we will want to offer them to you even at prices we believe are needlessly high for e-books. Amazon customers will at that point decide for themselves whether they believe it's reasonable to pay $14.99 for a bestselling e-book. We don't believe that all of the major publishers will take the same route as Macmillan. And we know for sure that many independent presses and self-published authors will see this as an opportunity to provide attractively priced e-books as an alternative.

Kindle is a business for Amazon, and it is also a mission. We never expected it to be easy!

Thank you for being a customer.

In this article: amazon, apple, e book, e books, e reader, e readers, e-books, e-reader, E-readers, ebooks, electronic books, ElectronicBooks, ibooks, ibookstore, macmillan, prices, retail, skiff, steve jobs, SteveJobs
All products recommended by Engadget are selected by our editorial team, independent of our parent company. Some of our stories include affiliate links. If you buy something through one of these links, we may earn an affiliate commission.
Share
Tweet
Share 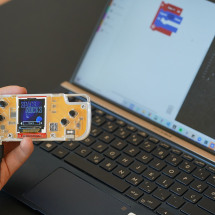