The Colosseum takes us inside the world of the Gladiator (Relentless, Furious, Deadly, Brutal, Vengeful, Merciless, and otherwise), to interview some of the top Arena fighters on the battlegroups. Our goal is to bring a better understanding of the strategy, makeup, and work that goes into dueling it out for fame, fortune, and Frostwyrms. We're especially focused on the people who play these games, to further shed light on the world of the PvP player. If you'd like to be interviewed for The Colosseum, please feel free to contact us -- be sure to include your armory as a link!

Warriors in arena seem to be all the rage these days. We were pleased to interview Tredd, a front-page warrior who plays multiple team compositions in 3v3. Read on to see what Tredd has to say about the state of arena!

WoW.com: Why do you play warrior? What is it about the class's toolbox that appeals to you for competitive arena?

Tredd: To me, warriors are one of the most prime classes when it comes to dealing damage and keeping up the pressure. This is mostly due to the rage mechanic, which allows me to keep using abilities and not having the weakness of having to drink. Also, our incredibly good defensive measures with Shield Block + Shield Wall and Spell Reflect make the class very versatile when going head to head with any other class.

WoW.com: Why do you play arms instead of protection?

Tredd: I currently run arms mostly for the comps I play -- Mortal Strike is more effective than prot's fifty billion stuns. I do, however, enjoy protection PvP as much as Arms. I can't really say more than that, since prot has Warbringer Intervene vs. Bladestorm etc.

WoW.com: Do you plan on sticking with axe spec in Season 8, or changing it to mace or sword? Why?

Tredd: I feel this season that most warriors who do not have the luxury of getting Shadowmourne from Icecrown will make the swap to mace. I myself am doing that. With the amount of armor penetration gear going around right now, it isn't very hard for a warrior. Even in a guild that doesn't raid as often to get the soft cap in ArP and run with Grim Toll or some other ArP trinket, other warriors will still be able to achieve close to the hard cap (100%) which'll allow them to use other trinkets and gem for strength.

WoW.com: How much of an advantage do you think Shadowmourne warriors get, compared to warriors who only use the tier 2 PvP weapon?

Tredd: I think Shadowmourne warriors will not have a large advantage. The only thing that Shadowmourne has on the wrathful weapons is ~100 top end, a little ArP, and a greatness into Bryn'troll proc. With the weapon in the right hands, it'll definitely put out some hurt -- but I doubt that Shadowmourne itself will carry any warrior to a high rating.

Tredd: Humans, hands down. No other race has a PvP trinket as a racial. A human warrior can stack DPS trinkets and put out the hurt.

Tredd: I'd have to say it's a tie between Orc and Tauren, with Orc the Hardiness racial makes it slightly easier to deal with stuns (namely, Deep Freeze), and the Blood Fury talent acts as a sort of small second trinket. With Tauren, the health gain they get isn't very huge. But the main reason is their War Stomp, which, if used correctly, can save games or finish them.

WoW.com: You mentioned earlier you play arms because of the compositions you play -- what 3v3 compositions do you play? Why would protection not be optimal for them?

Tredd: I currently run two different comps in 3s. Warrior - warlock - druid (WLD), and discipline priest - warrior - druid (double healer warrior). With the most recent changes to protection, WLD would have a hard time with a prot warrior scoring kills -- and with double healer, the games would end up being ~30 minute mana wars. In the end, while we might win a few games as me playing prot, it just wouldn't be worth all the time and effort put into each game.

WoW.com: What are the strengths and weaknesses of warrior-warlock-druid?

Tredd: WLD has some interesting strengths and weaknesses. First off, the amount of pressure WLD has surprises me compared to what it was back in The Burning Crusade. Coupled with warlock and druid crowd control, we're able to keep other teams on the defensive.

However, as WLD it comes with being able to play carefully. Keeping the pet alive for dispels namely, which leads into our weaknesses. TSG can easily cleave down our druid, warlock, or warlock pet in a stun/silence/bladestorm combo. If we can survive their initial burst, there is a chance for us to come back.

WoW.com: What are the strengths and weaknesses of priest-druid-warrior?

Tredd: Double healer offers a more relaxing playstyle for us. It makes it possible to target harder to kill opponents (frost mages, for instance) and be able to keep up the pressure. With more breathing room, one healer can go drink while the other keeps me alive.

Our weaknesses with that composition are mainly drain teams (teams that win via making enemy healers go out of mana). Priest-hunter-druid or double healer warlock, for instance.

WoW.com: Do you try to play offensively or defensively?

Tredd: I try to play with however the match is unfolding. If it looks like we have a possible kill opportunity, I'll play a bit more aggressively in order to get the kill. However, there are instances when you need to play defensive, unless your team is able to crowd control the pressure off of you (peel). Sometimes, getting stunned out of line-of-sight (LoS) and having to mash Shield Wall to survive the incoming burst is where defensive play is needed.

WoW.com: How have the season eight resilience changes affected the different 3v3 compositions?

Tredd: I believe the resilience changes have made their mark on some classes, and others have benefited from it too much. I've personally fought some holy paladins this season that have been able to freedom themselves and run around a pole only using Holy Shock to keep themselves alive.

Then again, that was 2v2. For the battleground enthusiast or 2v2 minded player, it might prove to be a bit frustrating. In 3v3, from what I've seen -- the resilience changes have greatly benefited prot/ret paladins and death knights. I find death knights that sit in Frost Presence to be cumbersome to take down. Sometimes, we've had to swap targets to wait till they change back to Blood Presence or Unholy Presence until we try to kill them again. With the upcoming changes, I know death knights will be a force to be reckoned with in arena.

As for prot/ret, those that tend to wear some PvE gear in favor of PvP makes them destructive. I scratch my head sometimes fighting prot/rets with resilience bleeding out their ears, having them take less damage and still be able to double everyone else's damage in arena.

WoW.com: In YOUR opinion, which classes are lagging behind right now?

Tredd: Destruction warlocks and death knights, but with the upcoming changes I really don't see any class lagging behind especially.

WoW.com: If you had to choose, what do you think is the best 3v3 composition out there today?

Double healer warrior has a lot of survivability with a meatcleaving powertrain. Protret/Hunter/Shaman has incredible burst, especially if they stun someone out of healer LoS.

WoW.com: A lot of teams have been using Skype instead of Ventrilo recently to play arenas, which do you prefer? Why?

Tredd: I prefer Skype. With Ventrilo, you have to find (or pay for) a server for you and your arena partners. Another hassle is that people might be using the server and to jump into your channels to bug you mid-game. I also find Ventrilo to have some latency problems in which whatever you say takes more than a second to reach your teammates.

With Skype, you don't have to pay a dime to talk with people. I find it easier to use because you can just start a conference call. And, it doesn't seem to have the lag problems that Ventrilo may or may not have (depending on what server you're using).

WoW.com: What has helped you to be a better arena player?

Tredd: For me, it's practice-practice-practice. Examples include going into battlegrounds and getting used to timing Spell Reflect w/ server lag, or interrupting casts -- heck, even learning effective defensive measures to make sure you get the most of going defensive.

Most of the time I do 2v2 skirmishes by myself to find different ways to undermine certain class combinations that I might fight in 3v3. Rogue/mage, for example. Also, going to warcraftmovies.com to see what other warriors (who are better than myself) do in certain situations. Watching streams also helps.

WoW.com: What motivates you to keep playing?

Tredd: I enjoy the Adrenaline Rush I get from playing intense arenas. I'm motivated to see how I rank with others, especially people who have been playing as long as I have.

WoW.com: What are you trying to improve? What do you wish you could do better?

Tredd: I'm trying to improve my reaction time. When it comes to Pummeling something, I'll hit Pummel halfway through a cast, only to see the spell be successfully cast a short time later. I recently transferred to Auchindoun, and because of the data center's geographical location, I get a lot of latency that causes my interrupts or Spell Reflects to miss.

WoW.com: What's the biggest thing that differentiates a good player from a great player?

Tredd: To me, a great player is someone who understands their class mechanics in addition to listening and following instructions. I've noticed that when it comes to arena, lots of people claim that "everyone is bad." Really, "bad" players could improve by changing their rotation a little in order to take an opponent down.

A good player is someone who can use their abilities well -- but a GREAT player gets creative. I've played a hunter in the past that fired a Freezing Trap below the bridge (in Blade's Edge Arena), and jumped off. I followed him, so he Disengaged right back onto the bridge -- and I fell into a Freezing Trap.

That kind of stuff makes you go "wow."

WoW.com: What's your advice to players who are picking up arenas for the first time?

Tredd: Don't give up hope -- keep practicing. Remember, some (if not most) of the people you play against have been doing arena since it was first introduced back in The Burning Crusade. They'll obviously know more and will have a better understanding of PvP mechanics. Go on the forums and ask for help if you need it. Whisper a player on your server that plays your class in high level arena. You can also go watch some PvP videos.

WoW.com: Thank you so much for the great interview Tredd -- is there anything else you'd like to say?

The Colosseum is WoW.com's interview series spotlighting strategies, compositions, and tactics from the Arena fighters who use them. For more PvP information, be sure to hit up Blood Sport and the Art of War(craft). If you'd like to be interviewed for The Colosseum, please feel free to contact us -- be sure to include your armory as a link!
In this article: arena, arena-guide, arenas, featured, guide, how-to-play-battlegrounds, how-to-pvp, pvp-guide, pvp-interview, pvp-interviews, season-8, season-eight, season8, the-coliseum, Tredd, warrior, world-of-warcraft-interviews, wow-arena-guide, wow-guide, wow-interview, wow-interviews
All products recommended by Engadget are selected by our editorial team, independent of our parent company. Some of our stories include affiliate links. If you buy something through one of these links, we may earn an affiliate commission.
Share
Tweet
Share 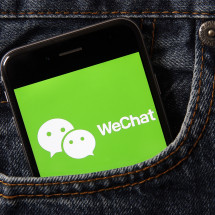