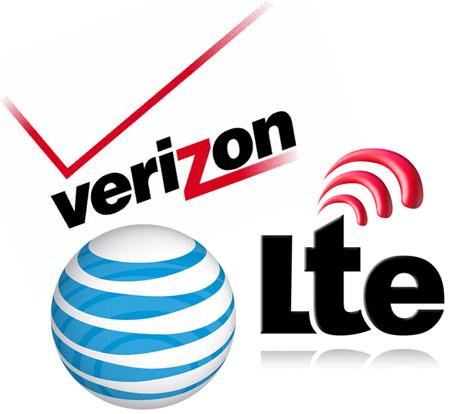 Ooh wee! Verizon and AT&T are getting all hot and bothered over the forthcoming LTE battle -- a battle which much like the current map wars, you can expect to grow weary of in about two minutes. According to a report in the Wall Street Journal today, both carriers have put reps in the limelight for a volley of tough talk. For starters, AT&T's CTO John Donovan claimed that Verizon was jumping the gun with its first-on-the-scene LTE rollout, suggesting initial devices are "going to drain the battery like crazy, and [they're] going to be a fat brick," noting that "2012 will be the time when you'll have decent handsets." Donovan lumped on the hits by also saying that "Anyone who says their network is ready for the iPhone -- or the broader mobile data explosion that AT&T has experienced -- is being naive." Of course, Big Red didn't just sit there and take it -- spokesman Jim Gerace fired back that "No matter how much our competitors talk, it's not going to slow us down," though he offered no further comment on the insults' stride-breaking potential. Both parties were mum on just how fleeced the consumer would be getting once the LTE pricing plans are announced, of course.

In this article: angry reps, AngryReps, at and t, AtAndT, att, bad mouthing, BadMouthing, cell networks, CellNetworks, crazy talk, CrazyTalk, long term evolution, LongTermEvolution, lte, networks, tough talk, ToughTalk, verizon
All products recommended by Engadget are selected by our editorial team, independent of our parent company. Some of our stories include affiliate links. If you buy something through one of these links, we may earn an affiliate commission.
Share
Tweet
Share