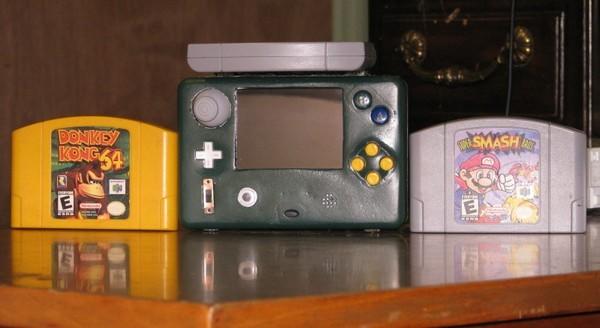 In the modder scene, smaller is definitely better. We've seen a huge line of portable N64s over the years, each successive one claiming to be slinkier than its predecessors, but from what we can see the TrySixtyFource has 'em beat. It isn't as aesthetically appealing as the Nimbus 64 nor the Kamikaze 64, and the tiny switch buttons on the rear for the Z/L and R buttons don't look particularly finger-friendly. But, it's hard to argue that ShockSlayer's creation is a good bit smaller than the rest (despite its girth). It's also for sale, if you have the requisite amount of coin, and while the video after the break proves that it works, the lengthy intro will also confuse and befuddle you. We'd recommend skipping ahead to the 3:40 mark.

In this article: hack, mod, n64, portable, portable n64, PortableN64, ShockSlayer, trysixtyfource, video
All products recommended by Engadget are selected by our editorial team, independent of our parent company. Some of our stories include affiliate links. If you buy something through one of these links, we may earn an affiliate commission.
Share
Tweet
Share