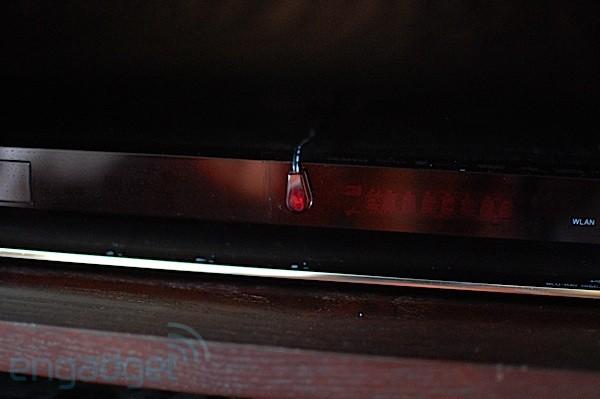 You'd be hard pressed to find a TV without some sort of extra box attached to it these days -- and with each box comes another remote. The sad part is it doesn't have to be this way, nope, the necessary interaction between devices really isn't that complicated. The problem is the devices just aren't designed to work together, but that isn't because the industry hasn't tried. All the political reasons aside the technology to let your cable box carry on a two way conversation with your TV and other equipment does exist. So we're going to explain what's out there. If you've ever wondered how you can gain more control over your gear using everything from an IR blaster to sending TCP commands via IP, then read on.

Just getting into HD? Check out these other HD 101 features:
HD 101: Overscan and why all TVs do it
What is ATSC, PSIP, QAM, and 8-VSB?
How to use Dolby TrueHD and DTS-HD with your PS3
Why there are black bars on HDTVs

This is the king of control protocols in the living room and in fact just about every remote control made in recent history uses it to deliver controls from across a room. It's very basic in that the remote emits light at a wavelength outside our eye's range and the receiving device patiently waits for the signal. Because it's based on light its line of sight (i.e. if someone is standing in the way the remote doesn't work). The only wonderful thing about IR though is its universal support, and so it is the de facto control standard. While no control protocol is perfect, the big problem with IR is that most devices can't send signals, only receive them. This means that while you can buy a programmable remote to control everything in your rack, the Blu-ray player can't send a signal to your TV and tell it to turn on. Technically it's possible, but since every manufacturer uses its own IR codes, even if the Blu-ray player did have an emitter, odds are it wouldn't emit the correct signal. Lets assume for a second, though, that every device did use the same codes. Then you'd still have two more problems. Since IR is line of sight any TV in range would respond, and even worse, if something was blocking the signal it wouldn't work at all.

There have been some devices that emit IR signals to control other devices like the original TiVo, the Slingbox and in the near future the Google TV, so to deal with the line of sight issue, IR blasters are used. A blaster is basically an IR emitter attached via a wire directly to the controlled device. This way you can place the emitter directly in front of the device you're controlling in an attempt to ensure nothing gets in the way. IR blasters work pretty good as long as they stay in place -- especially if you install a shield that blocks stray IR signals -- but still don't overcome IR's one way nature. And of course the controlling device must be programmed to send the appropriate IR signals and timings. It also helps if the device support discrete IR codes for on and off, as reliably controlling a device with only toggle power commands can be almost impossible.

HDMI has really taken off as the new standard in connectivity in the home theater and for good reason -- it isn't perfect though. Instead of requiring a number of cables to carry the various signals between your Blu-ray player and your HDTV, a single cable carries audio, video and other data like control signals. Unfortunately HDMI-CEC isn't nearly as popular as HDMI, and even when it is supported, manufacturers only support it when connected to the same brand hardware. Most even go further and re-brand it like Samsung who calls it Anynet while Panasonic that calls it VIERA Link. In reality most of the basics do work between different manufacturers and since no programming is required, many functions just work. The best example is when you turn on a Blu-ray player, the HDTV would also turn on and switch to the input that the Blu-ray player is connected to. There are also examples of when it doesn't work, and sometimes it is intentional. We've seen a few devices that would probably work together, but disable themselves if they don't detect the expected device on the other end. But even worse, some manufacturers don't seem to support it at all which can at best be annoying, but at worst prevent other devices from communicating -- for example if you have a Blu-ray player connected to an HDTV via a AVR that doesn't support HDMI-CEC, then it doesn't work at all. We've even seen some HDMI cables that won't pass the signals, so yeah, there's lots that can go wrong here.

All the bad things aside, HDMI-CEC does have the most potential of all the control protocols used in the home theater, but until it is widely supported by the industry, it'll never gain significant traction in the home. When it does work it is pretty sweet, especially since it is truly plug and play -- so no programming required.

Oh the interface that'll never die lives on in the our home theaters too. It even uses our old friend the DB-9 connector and is pretty universal. After you get the old 8-N-1 going you'll have to know the codes which can be more difficult to come by since there isn't exactly large databases of codes like there are for IR remotes, and you can't exactly learn the codes either. But when you can get the protocol from the manufacturer you have yourselves some very reliable two-way control. Now of course most devices don't sport RS-232 ports these days and even when they do there's only one. So it isn't like you can daisy chain 'em like HDMI-CEC, which means you need a dedicated device to control everything. This device can be as simple as an old PC loaded with serial ports or as high end as a Crestron controller that retails for more than most cars.

But just because your set-top box doesn't have a DB9 on it doesn't necessarily mean it doesn't support RS-232. No, in fact there are some devices like the old ReplayTV that had a mini-jack port that was actually an RS-232 port and another example is the latest DirecTV receivers which support certain USB to RS-232 adapters. Now for something like a Slingbox or a Google TV, RS-232 would work perfectly since the two are close to each other and it is very reliable -- but of course it isn't perfect either as it isn't like a set-top would respond to a request for a list of current VOD offerings.

This isn't exactly one of the first things that pop in your head when you think of control interfaces, but anyone who has transferred video from a HDV camcorder knows that you can control the camcorder from the capture software. Well these same controls and more are available to make recording via 1394 from a set-top box possible. And while we've only seen a few HDTVs with 1394 ports, there are lots and lots of cable set-top boxes with them -- although thanks to a loophole in an FCC mandate, many of the ports don't actually work. We've seen people use the 1394 port to change channels on their cable box from their HTPC. It is more reliable than IR, but not nearly as widely supported.

The most prolific communications protocol in the world is also useful for controlling some home theater gear; and has the best chance of taking over the job of being the de facto standard from IR. More and more devices are internet connected than ever these days and in many cases these same Ethernet ports can be used to control the device. Sadly many of these protocols are not documented at all and only exist to allow the manufacturer's iPhone remote to work. Luckily most of these devices don't require authentication so using a network sniffer to discover the protocol isn't beyond the abilities of any decent networking geek. So far we haven't seen the adoption we need to really make IP the new standard, but there are plenty of AV receivers, and Blu-ray players that can be controlled like this and TiVo's have performed this trick for years. The best part is that most of the IP control protocols we've seen go beyond basic on/off and transport controls and do allow you to query data from the device and other fancy things.

Lots of options, but no silver bullet

As you can see there are plenty of control options for your home theater gear way beyond IR, but even with some very carefully planning you'll probably end up using more than a few of them at the same time. The only two that have any chance of being used by your mom is HDMI-CEC and IP control with the later being a stretch since it requires all the devices be connected to the same network. We say that because both can auto discover and configure themselves once the proper plumbing is in place. But at the risk of sounding like a broken record if just about every device out there doesn't support the same control interface, then it is all for naught.
In this article: hd, HD 101, Hd101, HDMI, HDMI-CEC, IP Control, IpControl, IR, IR Blaster, IrBlaster, RS-232, TiVo
All products recommended by Engadget are selected by our editorial team, independent of our parent company. Some of our stories include affiliate links. If you buy something through one of these links, we may earn an affiliate commission.
Share
Tweet
Share