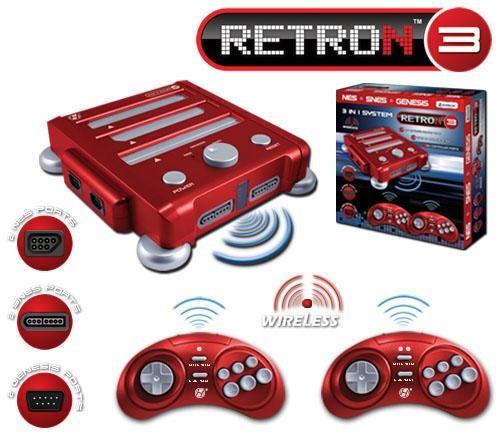 We know the hazards that can befall retro gaming enthusiasts -- janky third party consoles and KIRFy handhelds not the least among them -- so it's nice to see someone put some real thought in their hardware. Available in retro-futurist red or sober, serious black, the RetroN 3 gaming system is compatible with your Nintendo, Sega Genesis, and SNES cartridges. And if that weren't enough for you (it seldom is, is it?) you can use a pair of the original controllers from either of those three systems. If that seems too awesome, it also packs its own wireless controllers. Available now for $70.
In this article: cart, gaming, nintendo, retro, retron 3, Retron3, sega, sega genesis, SegaGenesis, super nintendo, SuperNintendo
All products recommended by Engadget are selected by our editorial team, independent of our parent company. Some of our stories include affiliate links. If you buy something through one of these links, we may earn an affiliate commission.
Share
Tweet
Share